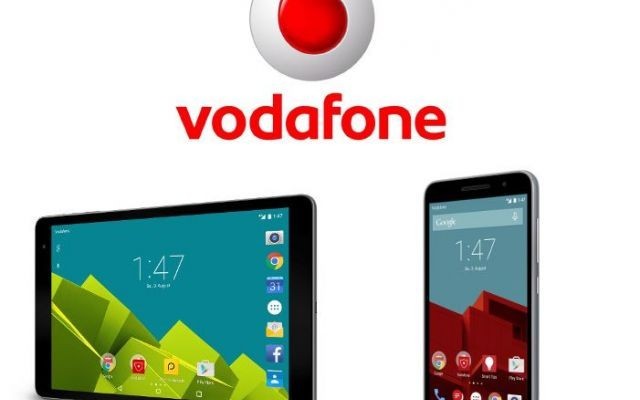 Nothing Glamorous, nothing phenomenal and nothing outstanding- Vodafone Tab Prime is all about a device that is ‘Budget’ sensitive! Though it doesn’t promises innovation or anything appealing, yet the most distinctive factor in Vodafone’s latest presentation is related to the affordable experience and reasonable ‘price’ factor of the device.

Available on PAYG (Pay as you go) parameters, Vodafone lately presented their Android Lollipop smartphone and tablet devices. The ‘Budget Phone and Tablet’ market continues to deliver excellent results for some big brands, and it seems that Vodafone is not happy with the way market has been favorable and biased. With this attempt, the UK-based mobile network carrier has eventually announced the onset of their in-house Smart Prime smartphones and tablets that will be available at a bargained price. As far as Vodafone is concerned, they have announced the work as ‘best value 4G smartphone in the market’.

Before discussing anything else, let’s have a look the features and specs of the device- Vodafone Tab Prime 6!

What would be the idea of releasing a smartphone and tablet device that is just ‘Below Average’? Vodafone came up with a product that offers no innovation and interest- just like many other common smartphones and tablets, the device has compiled a range of ‘good for nothing’ features. The reason for the major disappointment is due to the raised ‘expectations’! Vodafone, unlike other niche startups or Indie companies, is a BIG name in the mobile network industry. Just for the sake of having a presence in the mobile industry, one cannot release a product that fails to stand high in the domain of public scrutiny.

So what are the ‘Biggest’ mistakes in Vodafone Tab Prime 6?

Sticky screen, poor camera performance and no great feature for multitasking- the story of ‘disappoint’ is high with Vodafone Tab Prime 6! Let’s figure out the biggest mistake in the device in details!

Design– The entire design is primitive- nothing new and striking!

Display– Though the screen is big enough (9.6- Inch), yet the problem with the display is related to the low resolution. The screen for Vodafone Tab Prime 6 appears to be dull and sticky. You certainly need to have micro-fibre cloth by your side!

Performance– We are still wondering that how will a typical chipset manage to perform with Android Lollipop- Vodafone must be knowing that better! Having 1 GB on-board, a user would not be able to use the Recent Apps available in the Lollipop- otherwise; the entire process will become tiresome and slow. What is the point of using a tablet that only allows you to play less graphically-demanding games?

Camera– It misses the ‘finesse’ and ‘detailing’ in pictures! The quality of the camera is quite disappointing- the way it performs in the night mode is utter discouraging. Let’s not discuss about a 2 MP front camera…!

Vodafone Tab Prime 6 is a ‘Budget’ sensitive device! It comes with a price tag of 150 GBP and offers the experience of 4G connectivity, Android Lollipop, and favorable discounts for Vodafone users. The best part about Prime 6 is that there is no pre-installed bloatware in it!

Vodafone has combined a low-priced device with the merits of 4G LTE! As a mobile network carrier, their attempt is to deliver network proficiency along. Avoid the fact that they are competing with big brands like Apple and Samsung, then everything will sound okay for them (but can they really afford to avoid this fact?).

Needless to say, even we are eagerly waiting for the kind of market response Vodafone Tab Prime 6 will get- Keeping our fingers crossed!