Strengthening the length and breadth of its digital reach, Vox Media is up with yet another remarkable acquisition story. Adding successful digital news publication industry like Re/code in its list, Vox Media has acquired the parent company Revere Digital to prove its prominence and eminence in the tech market.

As a successful digital media conglomerate, Vox Media knows the importance of joining hands with the right people at the right point of time. They know the actual worth of some influential tech journalists like Kara Swisher and Walt Mossberg- which is the most potent reason why they have shown such immense faith and belief in Re/code. The acquisition deal that brought forth the two diligent tech industries together was first reported in New York Times and later was officially announced in Re/Code’s personal ‘note to the readers’. 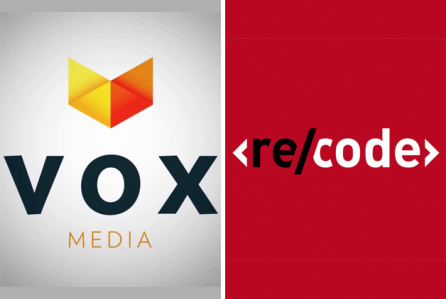 Before this acquisition deal, Re/Code declared itself to be an independent tech news, review and analysis site. Re/Code brings together some of the most talented, learned and respected minds well-regarded in the technology field. Spreading the fine dose of thought, intellect and insight, these journalists has re-visualized the idea of tech journalism in our times. Re/Code is led by Walt Mossberg and Kara Swisher, and further joined by the rest of the team and colleagues from AllThingsD. Re/Code was first launched in 2014 during the prestigious Code Conference. Within the year of its launch, it company won the Excellence Award in Online Journalism, presented by the U.S. National Press Foundation. Re/Code is owned by an independent media company known as Revere Digital LLC.

So what is so ‘Exciting’ about this deal…? Let’s figure out!

Vox Media knows how to play the gamble of acquisition! The dream of dominating the digital advertising market, providing high quality content, and covering Silicon Valley’s news and updates is a close vision for the tech giant.

The collision of two powers- The Verge and Re/Code

The Verge is excited and glad that the parent company, Vox Media, has finally acquired Re/Code! Being from the same domain, The Verge and Re/Code are tech publication with different style and focus. The audience is different because Verge and Re/Code follows a unique pattern in framing their articles and bites. It will be indeed interesting to see the collision of these ‘not-so-similar’ companies under the leadership of Vox Media.

The world of tech media is becoming crowded and competitive at the same point in time. Just like Vox, eminent media upstarts like Buzzfeed are aggressive in hiring and acquiring professional reporting teams. Nobody wants to isolate Silicon Valley- while old players like TechCrunch, Wired and VentureBeat are already there; new startups are winning the show in their own style. The big players in the tech world (Wall Street Journal, CNBC, etc.) have their own command and dominance in the market. The world is deep, and Vox Media is just trying to enhance its reach in the online advertising market.

The Era of Conglomerates, Acquisition, and Merges!

We all know what happened to GigaOm! The 9 year old storm of the financial crisis finally ended on March 2015 when the company was abruptly closed. If rumors are to believe, then GigaOm will start the enterprise again in August (after being acquired by the start-up Knowingly Corp.). Meanwhile, Circa is also planning to get sold in hands of some larger media organization. The readership struggle faced by Pando is also sad on the other hand!

Well, the problems faced by small businesses are immense! Rightly has Ms. Swisher said in the phonic interview that everybody around them is ‘bigger’ to the company- the secret is out that the life of a smaller fish is troubled!

The acquisition deal has brought forth a gamut of vast readership together! Vox Media is diverse and deep with 53.2 million unique users visiting their sites every day. In the same time, Re/Code has a readership following of 1.5 million online readers. Coming together, both the companies will be able to furnish the needs of tech lovers in a more insightful way. While Re/Code excellently covers the business insight of the technology industry, The Verge is flourishing as a culture publication. Both of them have a different audience and market, yet same parent organization now.

We are indeed happy to see the growth and developmental scale of Vox Media. They are there on the right track and on the right time. But most importantly, they are in a very authoritative position, where they can easily attract the vast online market- both marketers and audience. And not to forget, this acquisition is an absolute win-win situation for the Tech lovers! What else do we want?