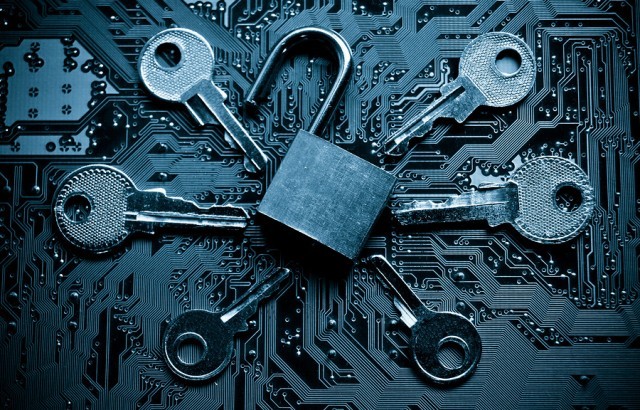 The occasion was Electronic Privacy Information Center’s (EPIC) ‘Champions of Freedom Awards Dinner ceremony’, and the heartfelt speaker was Tim Cook, the insightful CEO for Apple.Inc! Addressing fellow listeners in an engaging manner, Tim Cook discussed the uneasy ambience for Privacy amidst the technologically influenced space!

The ‘Champions of Freedom Awards Dinner Ceremony’ presented by Electronic Privacy Information Center was lightened by the virtual presence of Tim Cook- since his physical absence was missed in Washington D.C during the dinner party! Addressing the question that how Apple handles Encryption and Privacy of customers, Tim discussed the growing concern of safety over the web and Apple’s take of ensuring customer’s confidentiality and privacy. The hosts of the events included some reputed names like Bruce Schneier, Marc Rotenberg (the president for EPIC), Hilary Rosen (the Lobbyist) and Stanford Lecturer in Law Chip Pitts.

The first point of discussion in Cook’s argument was related to the trade in between privacy and security. According to Tim, it becomes Apple’s duty to provide both, privacy and security to customers at the same point in time- it isn’t a gamble but a responsibility. By no mean, a customer should be forced to choose one of them. Tim criticized the existing lot of businesses in Silicon Valley (Facebook, Yahoo, and Google) that strive successfully by assaulting the personal information of the users.

What Tim Cook has to say about the Competitors!

It is certain that Mr. Cook was critical about some of the most ‘prominent’ business groups available in Silicon Valley! Thriving successfully by gobbling user’s personal information is not acceptable- especially when it is used for monetary purposes. “We think that is wrong and it’s not the kind of company that Apple wants to be” added Tim.

Tim stated that the personal information is the domain of the user. The idea of controlling it lies in the hands of a user, and no third company has the right to access it for self-gain. All because a service is available for free, it doesn’t give the right to the service to demand or snatch the privacy of users- the risk of sharing is not worth it. A so-called ‘free’ service can sound attractive to users, but that doesn’t make a service superior. It doesn’t awards the right of using the user’s information as in email ID, search history, personal images and other relevant data. In such a case, advertising via personal sharing is a curse.

After discussing the privacy concerns, Tim stated Apple’s ideology for user-data protection and encryption. According to Cook, Government’s effort in securing citizens private data is ‘incredibly dangerous’. Some of the members of the government are unable to secure the data of citizens. As a responsible company, Apple has always provided effective encryption tools for securing the data, and will continue to work in this regard. Tim expressed his displeasure in the ideology of sharing user’s data with the government (as most of the companies provide back door ‘key’ to the government that enables them to access personal information of users). ‘If the key is shared with the government, it becomes relatively easy for the burglar to find the key too’ added Tim.

‘Care’ is the key- if you dare to care, then it will eventually show! We are indeed very happy with the warm and helpful keynote given by the insightful CEO of Apple, Tim Cook. From quite a while now, Apple has been offering encryption tools and products for the welfare of the wider audience. As Tim stated, the in-house products like iMessage and FaceTime are created with the idea of sharing text and videos on a personal level- Apple doesn’t take the onus of accessing the information. Unlike other services and companies, they are not the part of the hide and seek business. Create a key of personal information, share it with the cops and think robbers won’t be able to find it- this is quite foolish. Nowadays, criminals have equal access to technology. At times, they are walking a step ahead than technology, and till the time the solution is not found, they won’t stop. It is what Tim Cook has to say about the situation! Where are we heading with our security?

The idea that we cherish- equality for privacy and security

Yes indeed- it is not a bargain deal where we have to choose one among them! Both of them hold equal importance in the life of a user, and thus, we agree what Tim has to say about the current situation. For the very first time, a non-profitable research center like EPIC invited a guest speaker who belongs to the world of tech business. The focus of the event was on emerging privacy and civil liberties issues.

Customer security has been a concern for Apple- right from the time when Apple released the official security page on the company’s website to the time when the CEO Tim attended Barack Obama’s White House Submit on Cybersecurity and Customer Protection at Stanford University. It is notable that the Submit was not attended by any other Silicon Valley CEOs. Tim directly commented on the explicit advertising policies of tech giants like Facebook and Google that fetch user’s data for putting it in public scrutiny and worse.

Quoting Abraham Lincoln’s words, Tim suggested that America will be never destroyed from any other exterior source- alas; it will be the fault of our own people, who will be assaulting the freedom of fellow beings. In every sense, what Tim Cook shared is an insightful masterpiece! It has certainly forced us to think that in what techno-space we want us to head. Stating the company’s motives quite clearly, Tim Cook has once again proved that Apple is the name of a brand that believes in moral communication and direct sales. Having impatient ‘hidden’ motives, bargain deals and immoral ideas is not Apple’s cup of tea!