Microsoft has finally announced the official arrival of Windows 10 and the day is July 29th, 2015! Right from the day of release, Windows 10 will be awarded as a ‘free upgrade’ option to the Windows 7 and 8.1 users – and as said, the free upgrade will be accessible for the duration of a year. For the worldwide audience of 190 countries spread all across the globe, Microsoft’s Windows 10 will be available for pre-orders within a couple of weeks.

The wait is finally over! As decided earlier in September 2014, Microsoft has stood by the decision of releasing the new operating system in the holiday season, and owing to this, the latest version of Windows will be officially available from July 29th. After the ‘not-so-wonderful’ performance of Windows 8 and 8.1, Microsoft has raised high expectations from the upcoming version of operation system. Windows 10 aims to deliver and handle the multiple needs of workstations, gaming rigs and touch-functionality system- making it a ‘one-for-all’ multitalented PC solution.

Back in 2014, when Microsoft first announced the coming of Windows 10, it was clear that the tech giant was hell-bent in delivering an optimized system for PCs, tablets, and smartphones collectively. After Windows 8 and 8.1, Microsoft decided to skip the expected version of ‘Windows 9’ and rather initiated the presentation of the innovative operating system as Windows Technical Preview (WTP).

So let’s have a look at some of the most outstanding features of Windows 10! 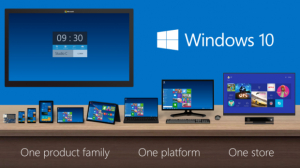 Ease in Availability
Microsoft wants to put Windows 10 in a very comfortable spot- a spot from where it becomes easily accessible and handy for the people to adopt it! Probably, this is the reason why Microsoft has released the ‘reserved’ program that invites the users to first sign up for Windows 10 in advance. For most of the users out there, Windows 10 code is free for an upgrade. It fairly declares Microsoft’s goal to spread the operating system in about 1 Billion machines right at the onset.

The reason why everyone should use it!
You definitely need a very strong reason for avoiding Windows 10 (otherwise it will be barely a lame excuse)! Windows 10 has the potential of delivering better results than the disappointed features of existing operation systems. With the latest operating system, Microsoft has kept ‘public’ in the best interest. It’s a fit-for-all operating system- maybe not the best one in the world, but certainly better than Windows 8 and 8.1.

Is Windows 10 the best available option?
Certainly not- the features are very promising, but we cannot avoid the fact that Windows 10 is still raw! Microsoft has approximately 58 days to make it flawless, and we will wait for the final cut of the OS. As a version that counters the flaws of the previous version, Windows 10 is doing well. It enterprises modern day computing in a brilliant way- and undoubtedly, declares the arrival of a fantastic software project for Microsoft. The concept is brilliant, but the flaw is in the exclusion! With the amount of time Microsoft has in hand, we just hope that the idea is executed in the best possible way.
Let’s wait till July 29 when the world will finally witness the delight of Windows 10!