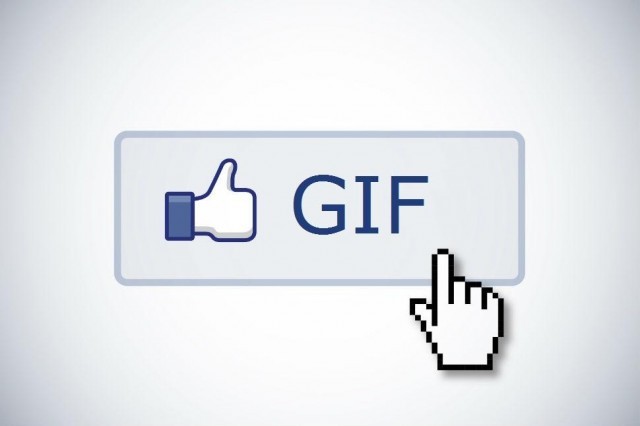 Hold your breath, and keep calm- if you are a Facebook user or a GIFs lover, then there is quite a piece of news for you! Facebook has officially announced that its latest update will be supporting the GIF format in the news feed. While the functionality will take some time before final implementation, currently, Facebook is working really hard to roll the update in its upcoming count.

Facebook is no more avoiding GIFs! The happy news for most of us came on Friday when Facebook decided to implement the fun of GIFs in the news feed. It is notable that earlier the social network site was a bit skeptical in adding the functionality. The focus was more on videos than on GIF’s (despite the fact that Facebook has in-built support for GIFs for quite a while now).

Facebook rejected the idea of GIFs in News Feed earlier?

While most of the world around them was fascinated with the fun-filled experience of using GIFs, Facebook found it a bit ‘chaotic’ for the website and respective news feed to crawl animated GIFs. In the year 2013, Facebook introduced the support for auto-playing videos. It was for the first time when Facebook directly rejected the introduction of animated delight through GIF. Even in the time when Twitter went ahead with implementing GIFs last summer, Facebook was reluctant to analyze the significance of using GIFs for the purpose of user engagement.

According to Mike Isaac of AllThingD, right from the time Facebook started the auto-playing videos, it had the in-built support for GIFs, but it was rather hesitant in introducing the animated change in the news feed. Facebook was concerned about the overuse of ‘low quality memes’ in the news feed ( once the support for GIFs would be implemented). Downplaying the content type of Facebook, the use of low quality memes would affect the quality of content on the social network site. The idea was simple- Facebook wanted to avoid the clutter, but now it is prepared to face the challenge.

How the Process will work?

Soon after the update will be implemented, a Facebook user can share and post GIFs in a systematic way. The process of posting a GIF is relatively simple- firstly, paste a link to a GIF hosted on a third party website ( for example on Tumblr, Giphy and so on), secondly, the GIF will be automatically linked to your post and finally, you could share it the way you want ( tagging friends or sharing it in a friend’s wall). For now, a user cannot upload GIF directly without the support of a third party site.

The process of playing a GIF will run in sync with the autoplay settings used in Facebook videos. In case you have chosen to display the autoplay setting in your Facebook accounts, you could tap and click GIFs to play. There will be a white loading circle in the GIFs (same as it is in the videos).

Even if we choose to shut our eyes, it won’t stop the ‘change’ to take place! Change is inevitable, and whether you like it or not, it is likely to affect your life in its own ways. Its seems that Facebook was not interested in implementing the change in its processing- the change that the audience was interested in! Sooner or later, they have eventually realized the importance of using GIFs in their settings. We are Glad about it!

In 2013, Giphy once claimed that they have signed a pact with Facebook according to which Facebook will be supporting Giphy GIFs. The announcement came through an officially press release, and Giphy ,all of a sudden, gained a lot of user attention. However, Facebook denied the news- the desire of having a GIF-less Facebook was a close concern for Facebook since then!

It isn’t that Facebook was GIF-free till now! You would have seen Giphy GIFs shared by someone in your news feed but according to Facebook, the entire process was not official support by the site. Facebook has never supported the use of GIFs till date. But with this latest update, a Facebook user will now be able to share GIFs that they find anywhere over the Internet. It is indeed fantastic that Facebook has not shown favoritism to any one source. They have given the ‘freedom of choice’ to the users who could share whatever is desired.

No GIFs for Brand Pages

The change announced by Facebook will not cover brand pages for now! It seems that Facebook has decided to implement the change firstly for personal profiles, and maybe for the brand pages later. For now, Facebook has confirmed that GIFs will be unavailable for the use of business pages and Facebook advertisements. It means as a company, you cannot post GIFs in your company’s white pages. Maybe, Facebook has reserved the change for a later update. Is Facebook still scared of the aggressive promotional parameters appointed by some companies for social media marketing? What if everyone could share GIFs- will it be chaotic due to the over and unnecessary use?

If you are using the Facebook application in your mobile, the GIFs will be automatically animated; though the case is not similar for the users who would be accessing Facebook through a mobile website. The idea behind this update is to make the user’s Facebook experience more engaging and expressive. While Facebook is still developing the idea in its upcoming update, we are happy with the fact that the site has finally considered the user’s need. At the same time, we are also sure that Facebook would be adding some more refined filters for making the experience less chaotic.

Facebook will be soon sharing some more official news and facts related to the latest development with GIFs. There is definitely more to come- and as we said at the start, just keep yourself calm and wait for some more awesomeness in your social sharing experience!