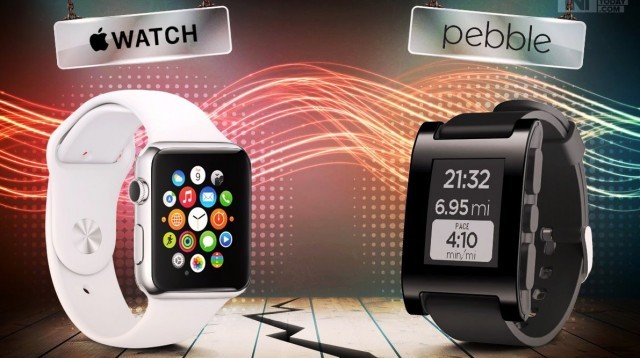 The fate of a  small fish in a big sea is sad if it fails to survive! Reason being simple, the rule of ‘survival of fittest’ is at play. It fails in comparison to the BIG fish that eats all the other fishes in the sea, just to sustain the supremacy of its command. But what if the small fish is ‘faking’ the show of failure? What if it has a futuristic vision or a plan for the way to dodge the big fish?

We are talking about Pebble, the smart watch maker, who is facing a huge financial mess as the rumors have started to suggest. The company is failing to maintain the steady growth rate as it once enjoyed after its kickstarter campaign.

To overcome the money problem, Pebble management has approached a Silicon Valley bank for a loan approval that is worth around $5 million and another $5 million line of credit as the total amount involved in the process of approval. But wait, don’t judge them on the basis of this rumor alone. Here is what you need to know before making an opinion about Pebble!

Pebble and the Beginning with Kickstarter:

Right from the time Pebble started the winning journey with Kickstarter, it was one among the most successful crowd funding campaign! Pebble earned success because of some of the promising campaigns that ran in Kickstarter- unlike the typical Kickstarter gadgets that fail to deliver promises and take years to conceptualize the idea, Pebble gadgets delivers what they initially declared.

By delivering well-graded devices to the market, Pebble has proved the concern of credibility in their work ethics. Do you know that Pebble’s third watch campaign in Kickstarter raised the funding goal within just 17 minutes of its release? Isn’t it amazing?

Tell Me More About Pebble

Developed by Pebble Technology Corporation, Pebble smartwatches took Kickstarter by storm when they were first released in 2013.

Who would believe that the company that sold one million smartwatches by the end of 2014 is probably facing the financial trouble of similar manner! It was in recent times when the company raised the target of $20 million through Kickstarter funding. With about 150 employees on board and many more to hire, Pebble has presented a confusing picture of it in-house financial stats.

If rumors are to believe, then Pebble has taken this step for two reasons- first, to maintain the growth, and second, to avoid the sinking state of the company. The team behind Pebble i.e. the employee are not happy with the way management has decided to face the roaring competition faced from the hand of tech giants like Apple and Android.

In the hunt for a superior title, Pebble has indeed neglected the honor of regarded as the king of ‘Indie’ smartwatch. They are losing this title from Olio Watch, an upcoming startup dealing with smartwatches.

The ‘Small Fish’ in the Reigns of ‘Big’ Fishes!

The situation that Pebble is facing right now is not of a financial crisis but of financial restraint! They are not failing with their product, they are failing in competition with the big giants like Apple and Android. A company with a $99 product is competing against existing brands that are selling for $300 and more. The entire market is new for Pebble, the audience is growing and we cannot say that Pebble is right there in the market. Is it technically sound to invite trouble just for the sake of rapid expansion? How important it is for a business to be a ‘risk-taker’?

Pebble is planning to release the third generation timepiece by this summer. In comparison to the big brands, the hardware for Pebble smartwatches is a bit weak. But the happy news for Pebble smartwatches is that they have an upper hand  in regards to the battery life, backup system and platform sharing (available for both iOS and Android). Pebble watches will be available at a reasonable price, there is always room for a ‘smaller’ market,  and we cannot deny the fact!

Is Pebble Planning something really BIG?

Pebble has recently launched the ‘Pebble Time’ smartwatch series! With a flagship worth of $99, the watch is a black and white e-paper watch. The latest model has inbuilt microphone and a color e-paper screen. We cannot completely declare that the company is losing or dying, but one thing that is sure is that the company has indeed taken a HUGE risk. The hiring of employees is still on in Pebble ( according to the Glassdoor update). Why would a company hire ‘fresh’ stock of employees if they are in a sinking condition?

While most of the world around is skeptical with the way Pebble is proceeding, we are somewhere optimistic about their success! The course of success is never that easy, it demands the tides of risk rather than the cloud of comfort. Pebble is growing, they are risking their stack and there is nothing wrong about it, the process will either make or mar them, nothing as simple as that!

Mobilemag.com wishes them the best, hope that Pebble’s fighting spirit and the courage to take risk never fades!