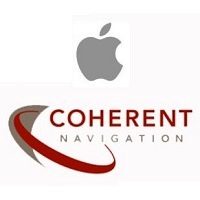 So you love Google Maps because they are more technically sound than Apple Maps, right? And as an Apple user you might be jealous of those who are awarded with the accuracy of Google maps. Well, it’s time for some good news, Apple is going to improve the navigation technology in an all new brilliant way.

Did you come to know about the news that Apple has acquired the leading GPS firm ‘Coherent Navigation’ in recent days? Adding the fine dose of precision in its functionality, Apple Maps will be now be available with the brilliance of Coherent Navigation.

Apple has recently (quietly) acquired the team from Coherent Navigation, that will be helping the global tech giant to improve the interface and technicalities of its mapping details.

When Did This Deal Happen?

There wasn’t any official announcement about the acquisition deal- no press release, no rumors and no word of mouth! The news related to the business acquisition was confirmed through the LinkedIn page of Paul G. Lego, the CEO for Coherent Navigation. The latest update in Mr. Lego’s LinkedIn profile declares that he has been working for Apple from past 5 months. Now this is quite a news to many who were completely unaware.

Who is Coherent Navigation? Here’s What You Need To Know

Coherent Navigation shares a partnership with companies like Boeing and Iridium, the operator for the satellite network! Right from the onset, the service has positioned a strong hold on the market, beating other consumer-grade global navigation systems by a reasonable margin. Not only this, the system has also worked on some of the remarkable robotics and defense projects.

According to Apple, the tech giant has been acquiring minor companies for quite a while now. While the process of acquisition is common with Apple, discussing and detailing the deal behind the acquisition is not what Apple believes in. Thus, the purpose and plan of the acquisition is kept as a secret. If rumors are to believe, then Apple has acquired Coherent Navigation for more than six months now. The terms and conditions of the deal are kept closed within the limitations and access of both the companies.

The Series of Acquisition with Apple:

It was a Sweden based company.

2. HopStop.com- U.S based company. On August 22, 2013 Acquired a US based mapping company named ‘Embark’. On December 23, 2013 The acquisition of US based company called ‘BroadMap’ took place.

With the help of this data, it is easy to analyze Apple’s attempt of building a proactive in-house mapping team and technology. By acquiring almost every prominent name available in the mapping industry, Apple has indeed professed its interest in having a strong mapping department.

No longer Apple wants to take the reliance of its rival Google Maps- the desire of extending a service of credible solution (precisely for navigation needs) is quite visible from Apple’s end.

It is certain that Apple’s acquisition strategy is to strengthen the existing navigation services extended by the tech giant. We still remember the first attempt made by Apple in this regard, it started in 2012 when they released the in-house mapping service with the help of a Dutch based digital mapping company named ‘TomTom’. The release of this service replaced the traditional mapping application used by Apple which derived its base from Google Maps.

Mapping Services- Not An Easy Cakewalk For Apple!

In lieu to the mapping technologies, ‘competition’ has been the biggest setback as well as motivation for the tech giant! Most of the Silicon Valley’s Tech companies are interest in strengthening their control in technologies like mapping and location-based services.

How many companies will Apple acquire? Is Apple interested in cherishing the idea of sole contendership in Mapping technologies?

For Coherent Navigation, the deal must have been lucrative. Otherwise, disabling official web page and renaming the domain address with Apple’s servers wouldn’t have been that easy. Coherent Navigations has already shifted most of their employees with Apple. And since we know that WWDC (Worldwide Developer’s Conference)  is around the corner, it is also possible that Apple might be planning to introduce the first mapping experience with the world around.

Revealing the plan and making it vulnerable to rivals is what Apple doesn’t believe in! They know how to keep themselves close (in official word) yet popular (in the news) at the same point of time. We are sure that Apple must be worried about the data presented by comscore.com! According to the tally, Google Maps ranked sixth in the list of “Top 15 Smartphone Apps in February 2015”. In comparison to this, Apple Maps ranked 13 in the list. In terms of the reach, Google Maps scored a rate of  44.1% while Apple Maps scored only 22.2%. A tough call for Apple but it’ll be interesting to see what the next steps will be in their strategy?