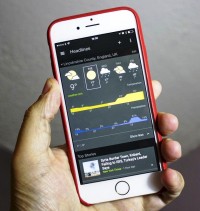 Joining the league of 3,500 apps (that would be available soon after the launch of Apple Watch), Google has declared the onset of its maiden smartwatch application “Google News & Weather” in Apple’s latest platform. The App will be joining the league of some infamous brands like Instagram, Twitter, Evernote, etc.

Google’s new app will be seen in Apple’s smartwatch which is currently available for both iOS and Android platform, the Google ‘News and Weather’ application will be detailing the informative updates related to global and local news distributed in various subdivisions.

However, it is nothing but a big disappointment, there is absolutely nothing innovative about Google’s News and Weather App, which seems to be mimic the more popular news applications like CNN, NYT, NPR, etc. 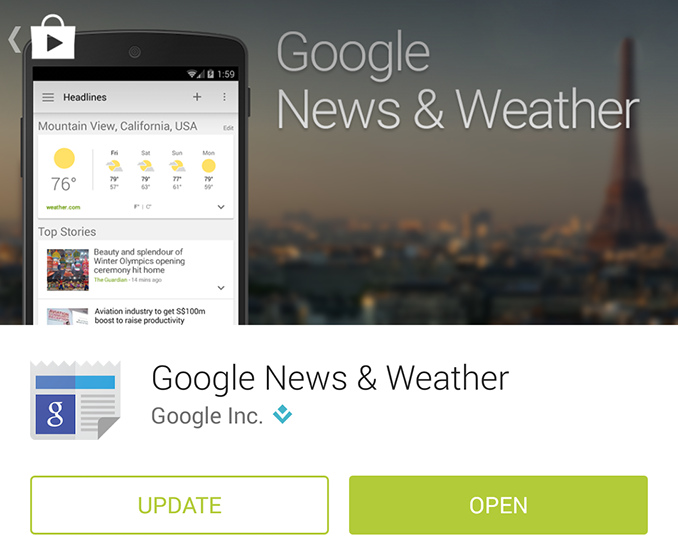 As far as testing of Apple Watch is concerned, it seems Google is more interested in checking the platform, rather than addressing the news related needs of Apple users.

We all have to accept the fact now- Google cannot afford to ignore the vast impact of Apple Watch, and following the ‘much’ taken path, the search engine giant has decided to make it ‘big’ with the release of its in-house application.

Google certainly understands the significance of healthy competition in the same industry. Whether it is about Google’s own Android Wear platform or it Apple’s smartwatch, the need of the hour is to acknowledge the budding competition in the respective field.

So what you need to know about the scenario:

So Google has made its presence felt in the big Apple World! Though there is nothing fantastic about this presence (the app just looks like a normal news application where a user can customize news feeds as per some personal preferences), but the fact that Google has accepted Apple as a worthy platform is quite interesting. 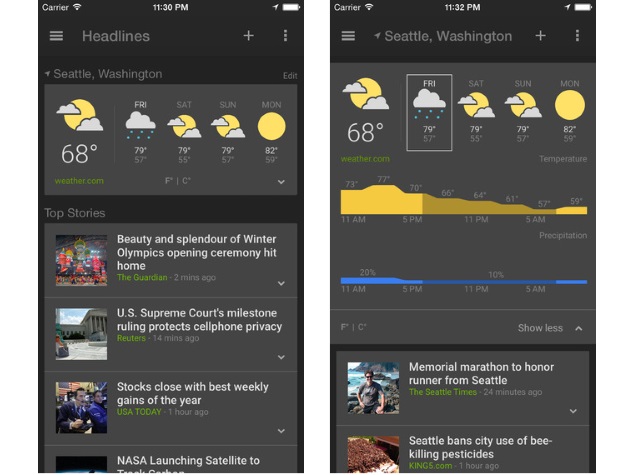 Apple iOS Version of the App

Android Version of the App

The application is nothing but a regular news app that feeds crisp headlines to the readers. In the midst of this application, a user will find itself around the reigns of headlines crawling horizontally.

When maximized, each story will provide photographs in spite of giving summaries or any detailed information. Unlike other applications, you cannot even save the news articles for the later use. Google  has indeed presented a very common application! They have named it ‘News and Weather’ app however, the irony is that there is no weather related update or alert in the application. Go figure!

The app works more like a ‘glance’, rather than something that a user would like to hunt in the platform. Would anybody like to recommend this application for download? Is this what Google can do the best for launching an application in a competitor platform?

Well, the strategy behind this release is still unknown. Apple’s Watch is launching with approximately 29% of fresh apps that will be available for the first time to the users.

In lieu to this, Google’s strategy of presenting a monotonous news application seems ineffective yet suspicious. Why has Google integrated their services for the iOS platform? They are almost using the same functionality for the Android platform, and the innovation is somewhere missing.

In such a situation, we won’t be surprised to see Google coming up with regular updates and few more influential applications designed especially for Apple Watch in the coming future.

The surprising and ‘not so appealing’ debut of Google is shocking, but we cannot deny the fact that Google has always followed the path less taken. They know how to stand tall and virtuous in front of their competitors! The step of establishing a fine ‘presence’ in the domain of a rival is indeed a brave step.

It is important for learning a word about the strategies and policies of your rival. And not to forget, interpreting the behavioral pattern of users and their need is also important for setting a smartwatch platform.

Maybe, Google is doing it for the research purpose- from where they can learn about the user’s preferences and implement them in the Android smartwatch strategies.

We all will be waiting to see the end result of Google’s strategy! Apple Watch has somehow managed to stay in the news since last we learned about it pre-release and launch.

Till the time it will be out, the progression of rumors, speculations, updates and surprises will escalate. Let’s hope to learn more about the opportunities Apple watch keeps bringing as they are only going to be bigger, better and brighter!