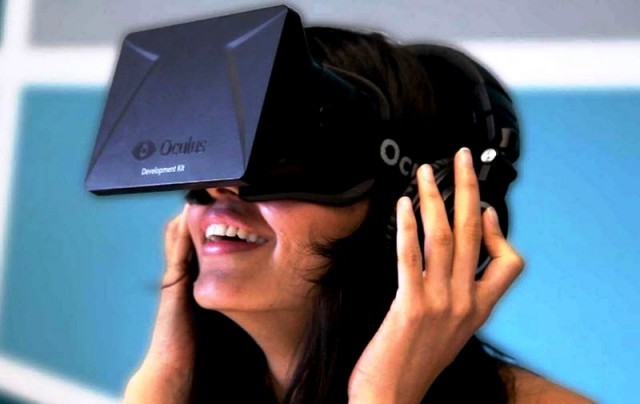 The world would certainly be a happier place for developers and gamers after the news of ‘Oculus Rift’ and it pre-orders came out! How exciting would be the experience of using it? But how long we have to wait for it? Keep aside all the queries and read this!

Making the dream come true for most of the gaming enthusiast across the world,  Oculus Rift has announced the delight of selling the virtual reality kit by the end of this year.

From past 3 years, since last it kickstarted with the maiden kit, Oculus has earn recognition as one among the finest virtual reality technology company in the world.

The official word that came from the  Oculus headquarters today declared the availability of Oculus Rift through pre-orders by the end of 2015- while the shipment to consumers will start only after Q1 2016.

What Oculus Rift has for the customers?

Nothing but a product of dreams- A dream that every passionate gamer visualizes! Oculus Rift is powered and furnished with an outstanding concept, amazing content, controlled ecosystem, and intellectual software.

Designed as per the specifications of virtual reality, Oculus Rift is a prepared by a team made of professional enthusiast, passionate developers, and practical engineers.

As per Nate Mitchell, the co-founder of Oculus, the Oculus Rift virtual reality handset will require an add-on computer system in order to power the device.

Palmer Luckey, the founder for Oculus, has stated that the hardware launch will release by 2015 (unless and until something goes terribly wrong to shift the estimates for the further delay).

The big new that came through an official blog post and social media status update declares everything a gamer would like to know. However, the suspicion is related to the fact that how Oculus will address the user’s need.

Will the VR system be able to provide what users are accepting? Or whether Oculus is up with a new gaming strategy?

The new development in the experience related to Oculus Rift is the interface of computer to power the handset. We have always learned that Oculus has referred itself as a virtual reality interface that is fully equipped and integrated with hardware and software.

The requirement of a third-party computer is a bit noisy- we hope it happens for a high- end experience!

Officially, there is no announcement that declare the making of the in-house game for Oculus. The correlation with Story Studio for cinematic creations is already out, but Oculus has never accepted the production of in-house games.

We can see the way Oculus is proceeding- the announcement of pre-orders are almost too soon because the consumers have to wait for a year in order to get the deliveries.

Last year, Oculus already spent time with the launch of Samsung Gear VR headset! However, the surprise came with the Rift that is not only fully featured but also has wired consumer release.

The best news for Oculus is related to the competition! They are enjoying the reign of sole contender-ship, with no competition from brands like HTC or Sony.

But it seems that the delay in the pre-orders and shipment can provide other competitors with ample of time. Samsung has already released the Galaxy powered Gear VR headset and to some extent they are better than the Oculus Rift (even though the technology is power by Oculus software).

Sony, on the other hand, is already working on its ambitious project called ‘Project Morpheus Headset’. What will be Oculus Rift doing next?

As per the experts, the Steam VR technology used in HTC Vive is more powerful than the virtual reality experience available in the Oculus Rift.

Oculus needs to think about it- HTC Vive is estimated to release this year and in case it happens, the innovation with Oculus Rift will certainly suffer a setback.

The Rise of  Oculus in Recent Times:

Besides from powering Samsung’s Gear VR and developing in-house Rift, Oculus has also managed to stay in the news for a couple of other reasons.

Did you know that the company has also acquired the team behind Xbox 360 controller? Before launching Rift to the potential market, Oculus has been trying hard to improve the VR controllers with the help of this team.

One thing certain after the entire research is the fact that Oculus has indeed rolled much beneath the sleeves- surprises will be many and customers will be at a sure shot beneficial state.

Oculus has efficiently used the partnership with Facebook, they have hired about 300 new talents for the making of Rift as soon as possible. Meanwhile, sustaining the quality level has also been a  prominent issue.

Let’s keep aside the delay in the date of pre-orders and accept the fact that Oculus is indeed working very hard with the Rift. And the fact is they are the new trend setter and game changers for virtual reality and the world will give them all the benefit of doubts.

So believe it or not, virtual reality is going to transform gaming, film, entertainment, communication and so much more and Oculus Rift is going to be at the center of it all. So if you’re interested in building a next-generation VR game or application, everything you need to start developing for the Rift is available at the Oculus Developer Center.

Enjoy the resources and hopefully soon we are writing about your new product or startup.