Wow, this one is huge in the Mobile gaming market. Nintendo has finally made the big move to enter and deliver mobile games and move to other handheld devices, that include smartphones and tablets.

Nintendo is not a fast moving company, it resists change big time and while they have been a top leader in the portable video game market, they realize they are only leaders in a fast shrinking market if they stay there. Despite their dominance, Nintendo’s stock stock has fallen over 80 percent in the last 8 years.

According to Fortune, “the money is moving to those other handheld device…(and) …by the end of 2015, eMarketer estimates there will be 1.91 billion smartphone users and 1 billion tablet users.”

Nintendo has finally understood that it can no longer hold its own in status quo and the real future truly lies in the mobile gaming and smartphones market. They have come big with a new partnership and trust in a company called DeNA  — pronounced DNA, a Japanese mobile game publisher who will design original new games with Nintendo’s most loved characters like Mario, Donkey Kong, Star Fox etc. 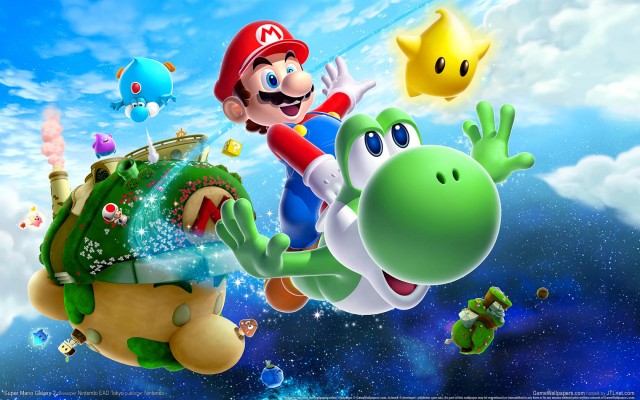 This partnership announcement has livened the market and investors have shown strong interest and sent Nintendo’s stock price up 27% and hope it will only get better. IDC analysts believe, if Nintendo takes this space seriously and prioritizes it, then not only will this change the company but the mobile gaming space will see an emerging leader in them due to recognition of their characters like Mario.

Back in 2014, Nintendo’s CEO Satoru Iwata rejected the idea that its company had any plans to release its current games for rival hardware platforms, but shared that the company plans to work on “engaging” mobile experiences that will grow the market of Nintendo games.

“We feel that simply releasing our games just as they are on smart devices would not provide the best entertainment for smart devices, so we are not going to take any approach of this nature, having said that, however, in the current environment surrounding smart devices, we feel that we will not be able to gain the support of many consumers unless we are able to provide something truly valuable that is unique to Nintendo. Accordingly, I have not given any restrictions to the development team, even not ruling out the possibility of making games or using our game characters.”  – Satoru Iwata, Nintendo CEO

If you think about it, something had to give, Nintendo just finally came around to realizing that it is 2015 and there is no way they can ignore the $30 Billion mobile gaming market anymore. This partnership will not only do Nintendo good, it will help DeNA as well – both of their home grown games haven’t been performing as well as they would have liked.

With some mobile game franchises generating over $1 Billion, both of them have joined hands in a capital alliance and invested around$180 million in each other and also plan to launch a new online membership that can be accessed through smart phones, PC, Nintendo and Wii systems. However, what exactly are Nintendo’s plans? Will they release something this year in 2015? Here’s what their chief had to say:

“…if you report that we will release Mario on smart devices, it would be a completely misleading statement. It is our intention to release some application on smart devices this year that is capable of attracting consumer attention and communicating the value of our entertainment offerings, so I would encourage you to see how our approach yields results.”

The market rumors that Nintendo’s failure of Wii U in competition with Microsoft’s Xbox and Sony’s Playstation 4 might have had an important role in their new thinking and focus.

Who knows what triggered this thinking, what matters is that they are finally correcting their mistakes and have now committed to entering the right space – the mobile gaming market – where they already have die hard audiences spending more time playing games on mobile phones, tables and other smart gadgets than they ever have before.

The world is ready for Nintendo, the question is can they deliver?