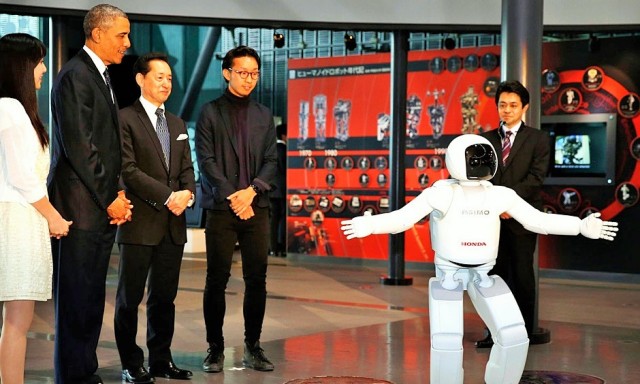 ASIMO, the Honda Robot, looked like a 10 year old dressed in an astronaut suit having a lot of fun showing multiple things he could do to impress the President, including challenging him to kick the football with him. 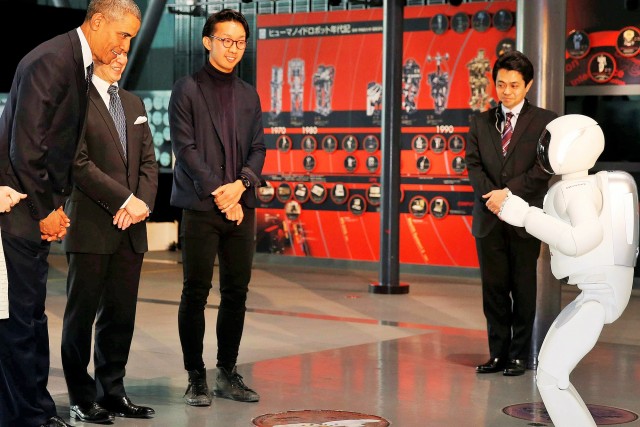 President Obama was amazed but came away a bit scared too.

The robot started his greeting in his unique futuristic voice by saying “it’s nice to meet you”, before walking over to a soccer ball and bragging to President Obama with his message of “I can kick a soccer ball too.” 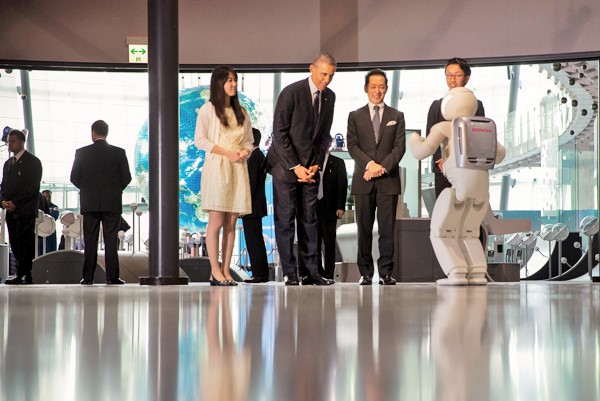 Totally surprised by what he saw, the President called him out in his reply, “Okay, come on”. 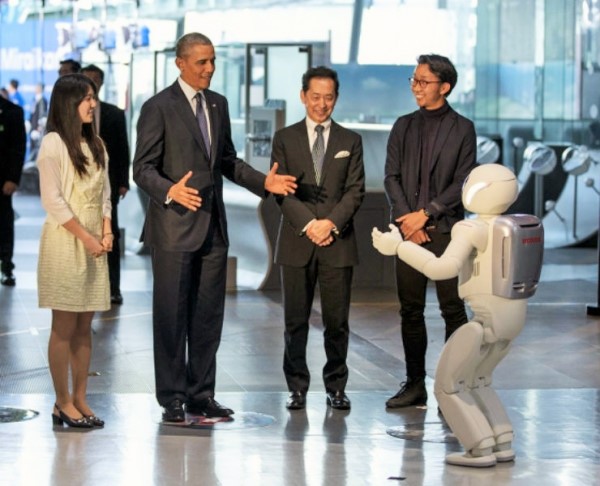 ASIMO the robot quickly took a few steps back and like a happy kid kicked the football with full accuracy to deliver it across the room,

According to The Wall Street Journal, President Obama was fascinated and after offering the cultural Japanese bow as greeting, he even exchanged a few friendly words with ASIMO. 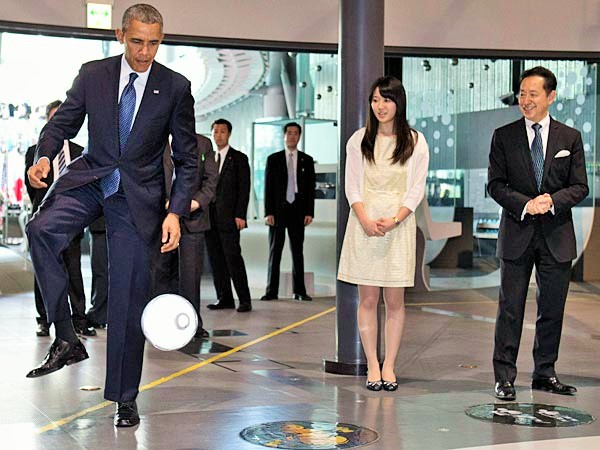 The President claimed that the robot’s skills were “pretty impressive,” and even told the 30 odd students there to see him, that he thought that “the robots were a little scary. They were too lifelike.” 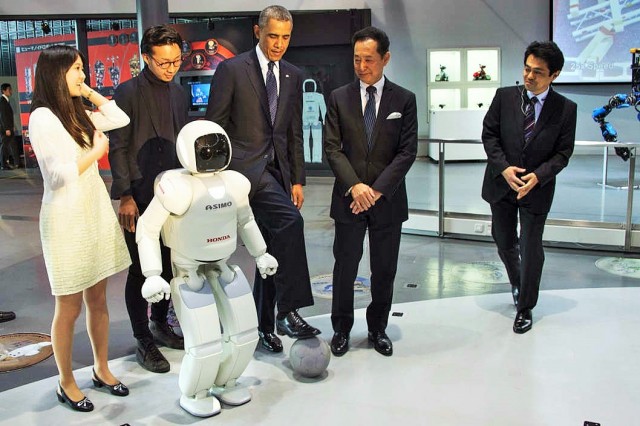 Obama talked to the students and gave the values and beliefs of how US and Japan have always been at the forefront of cutting-edge of technology and innovation since the first use of modern calculators just a few decades ago to the fast moving world of mobile smartphones and robots. 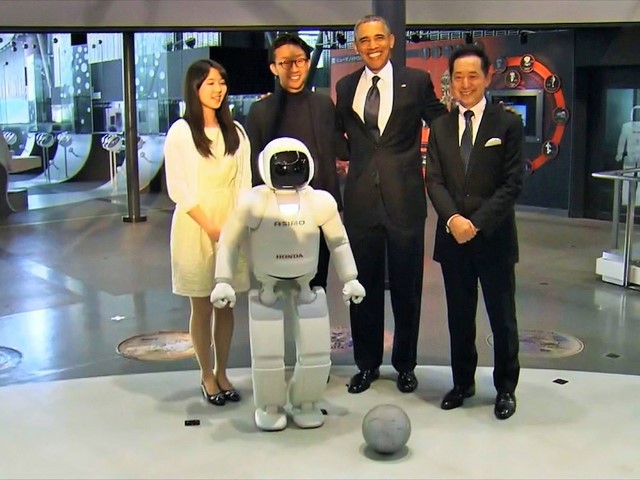 The Washington Post also referenced his message to the students present there in attendance about the planet that we all share together, “and to understand not only the great possibilities but also the challenges and dangers from things like climate change — that your generation is going to help us to find answers to some of the questions that we have to answer.”