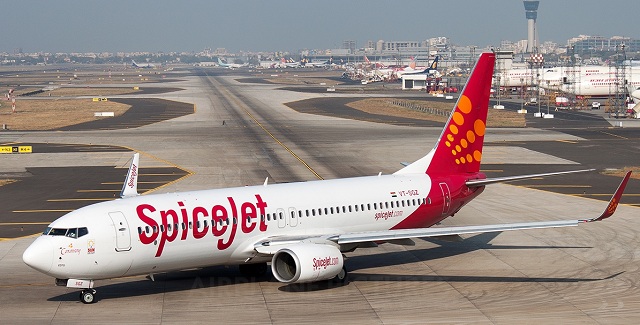 You might have heard about bird strikes, but what has happened in India is a buffalo strike. A SpiceJet plane, a Boeing 737, was taking off from the Indian city of Surat when it crashed into a stray buffalo.

No passengers or crew were injured in the accident, but the buffalo reportedly was killed. The plane was stopped immediately for being inspected for damages. One of the plane’s twin engines was damaged in the collision. The airport officials are currently investigating about how such a big animal reached the runway.

But incidents in which animals such as dogs and wild boars causing flight delays are not new in India. The buffalo might have entered the airport property through a poorly maintained fence.