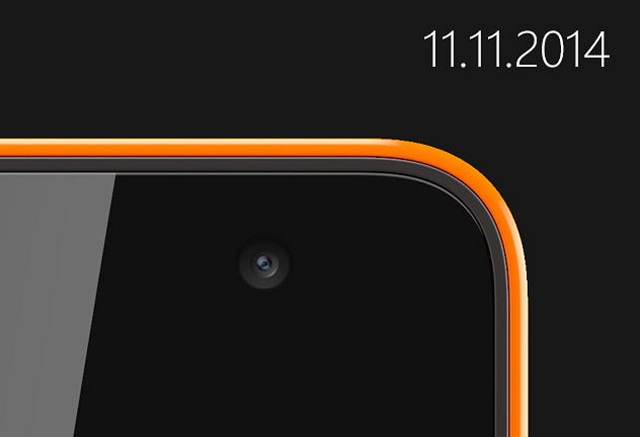 What you see above is a teaser image from Microsoft that shows off part of the company’s upcoming smartphone that will be unveiled on November 11. The handset is going to be the first one from the company without the Nokia branding.

So what all features are this device coming with, you wonder? As you can see, the device’s front camera is visible and there’s also an orange band around it. There is a possibility that this is the recently leaked RM 1090, which also has curved corners. If this is that device, then it is rumored to feature a 5-inch qHD display, a 1.2GHz Qualcomm Snapdragon 200 processor, 1GB RAM, 8GB of storage, a 5MP rear camera, a VGA front shooter, and a 1,905mAh battery. Yes, it’s not a high-end device but it is special being the first Microsoft-branded Windows Phone smartphone.

But nothing has been confirmed so far. So we don’t know exactly what is going to be announced. It will be awesome if the company comes out with an impressive device that will be capable of handling Windows 10. What are your thoughts about the upcoming Microsoft Lumia handset?