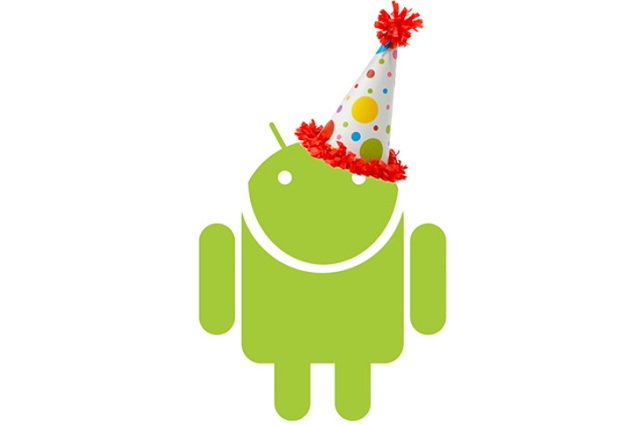 Google’s Android operating system, which was announced on the 5th of November 2007, is now seven years old.

Just in case you were busy with a few things back then, this is what happened on that day. The Open Handset Alliance announced that it has plans to work on an open source mobile OS. And Android, based on the Linux kernel version 2.6.25, was revealed as the first product. But it was only on October 22, 2008, that the first commercially available Android handset, the HTC Dream, was released.

Fast forward to the future and Android is now ruling the smartphone market. In the third quarter of 2014, 268 million Android-based smartphones were shipped and that has allowed the OS to acquire a market share of 84 percent (up from 81.4% in Q3 2013). Check out the numbers below. 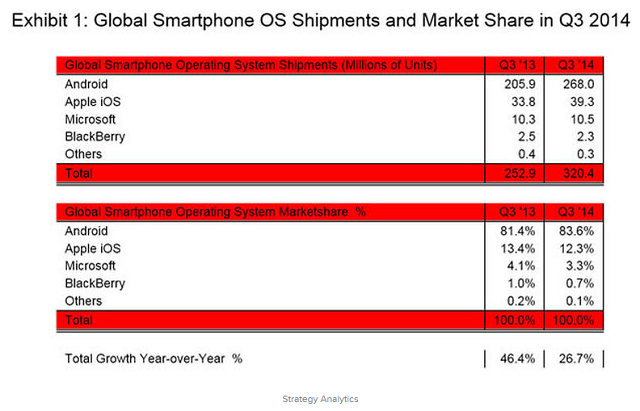 But it’s surprising that Google is not celebrating the birth of its highly successful software. No posts on the blog, no tweets, and not even a Google doodle. Maybe the search giant is too busy with the marketing of the new Nexus devices and Android 5.0 Lollipop.