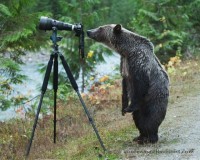 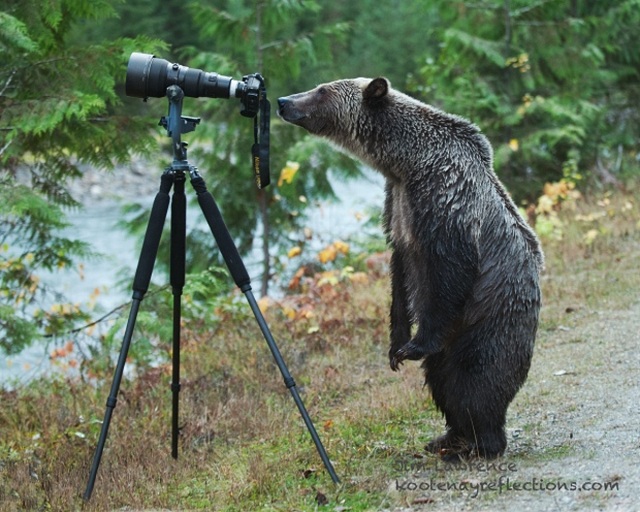 Jim Lawrence, a photographer from Revelstoke in British Columbia, was out to take some good snaps of a grizzly bear when the animal decided to approach the camera and study it a bit. Lawrence had another camera with him with which he shot the above image. The picture of the curious grizzly bear was submitted to CBC’s Listeners’ Lens gallery and was also posted onto Facebook. The image has reportedly become viral.

Lawrence explains about what happened on the day he shot the picture:

“The grizzly in the photo was fishing for Kokanee and making his way upstream. I set the camera up at an opening in the brush thinking I’d get a photo of him across the way.

“I should know better than to guess what a bear is going to do. He crossed to my side and scrambled up the bank, at which point I dashed back to the truck for another camera.

“They say intelligent species are curious and the big bear was no exception. He approached the camera cautiously, sniffing deeply, then stood up for a closer inspection. For the longest time, he studied the screen and buttons then, with a huge long-nailed paw, gently tugged on the strap.

“The weight of the long lens caused the camera to pivot quickly upward, startling the big fellow at which point he kind of shrugged, and went back fishing.”