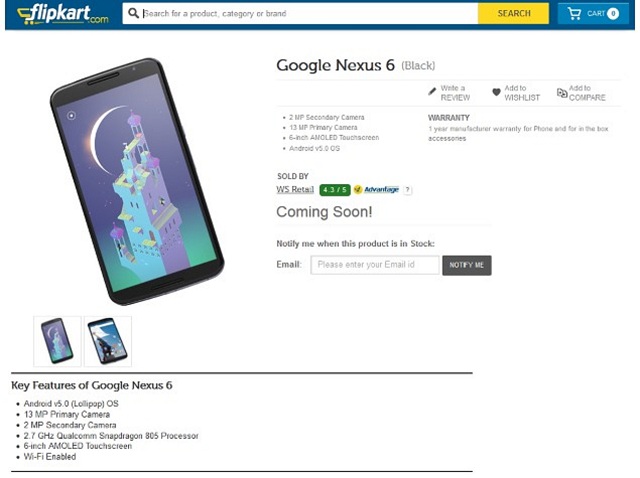 The Motorola-made Google Nexus 6 has been very much in demand in the US. It was sold out almost instantly after being made available on the Google Play Store. As for when the device is coming to India, it appears like it will launch in the country sometime in the near future. Flipkart reportedly has listed the 32GB version of the 5.96-inch device as ‘Coming Soon’.

The Nexus 6 currently is not available on Google Play India, but the search giant’s Nexus 9 tablet is listed as ‘Coming soon‘ with a price tag of Rs. 28,900 (16GB version). But unfortunately, Flipkart hasn’t released the price and availability details of the Nexus 6.