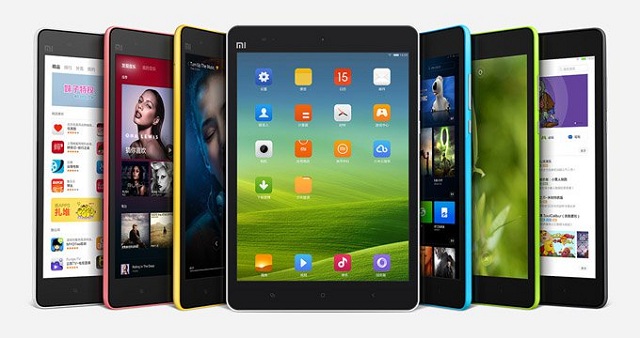 Apart from the smartphones that are popular in China and India, Xiaomi also has their own tablet. That’s what is pictured above and it’s called the Mi Pad. But the company appears to be working on a new tablet and the device has been discovered on GFXBench database.

According to the info available on the benchmark website, this new Xiaomi tablet features a 64-bit 1.2GHz Qualcomm Snapdragon 410 processor, Adreno 306 GPU, a 9.2-inch 1280×720 display, 1GB RAM, 8GB of storage, and it’s running Android 4.4.4 KitKat. The single SIM device is also coming with Bluetooth and WiFi connectivity. In case you haven’t noticed it, the device will provide you with a pixel density of just 160ppi. But this might not be the final product that the company is planning to introduce. Of course, it is not known whether or not the device is surely coming.

From the looks of things, the Xiaomi tablet is going to be an affordable device that should become popular in the emerging markets. Maybe they are planning to release the device during the holiday season. 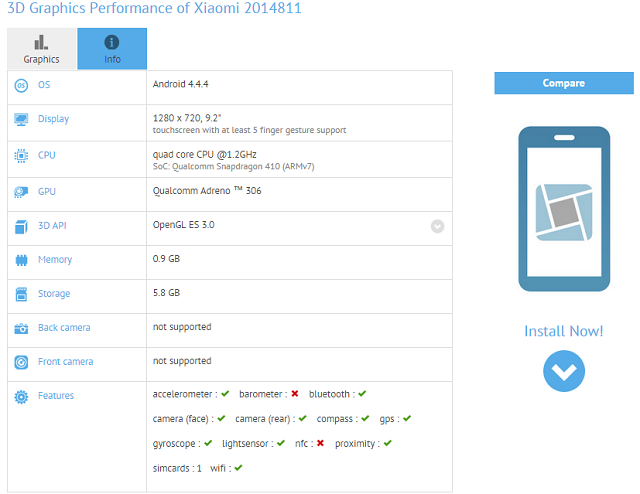