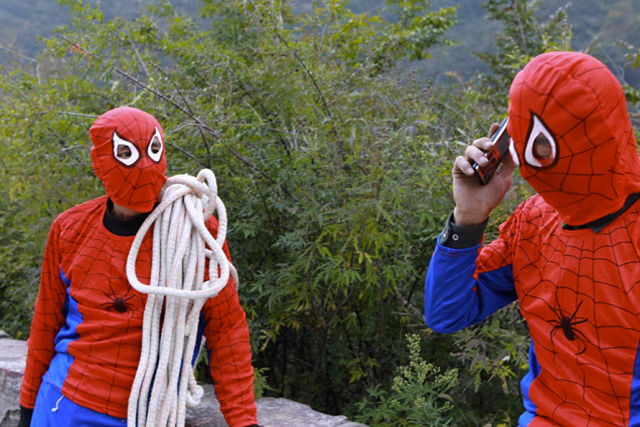 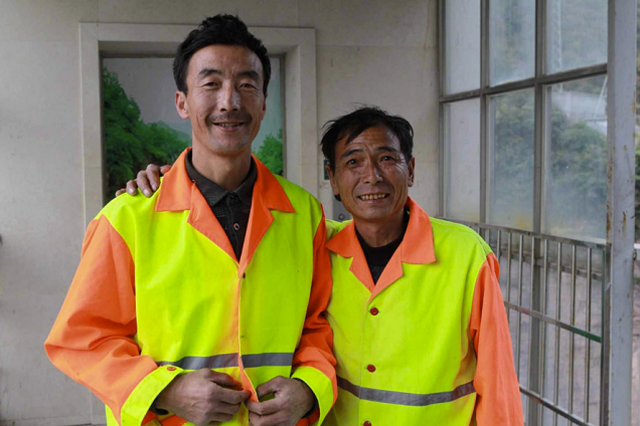 Liu Jiancheng and Zhang Chengqing are two sanitation workers who work on the Taihang mountain in Henan province. Their job is to climb down 500-foot cliffs to collect garbage and keep the mountain clean. The above image shows the two brave men in their uniforms. But those are the uniforms they used to wear. Now they look like this:

So why are they dressed like Spider-Man? Yeah, they do look much cooler now and are also popular with the tourists. But the main reason that they wear the costume is to remind visitors that they are doing a dangerous job. That might prevent the tourists from throwing trash down the side of the mountain. But some people throw garbage no matter what the authorities do and then the two men climb down risking their lives. 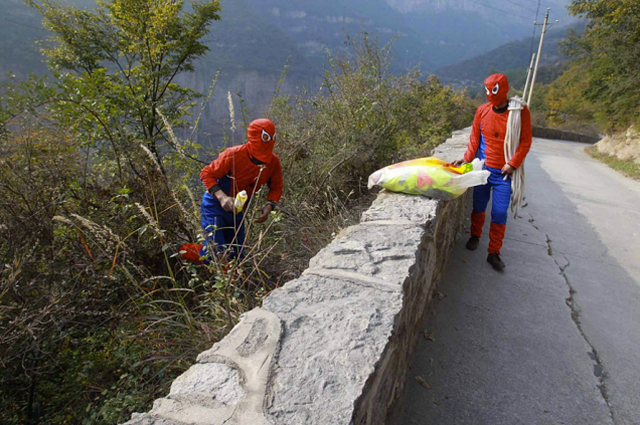 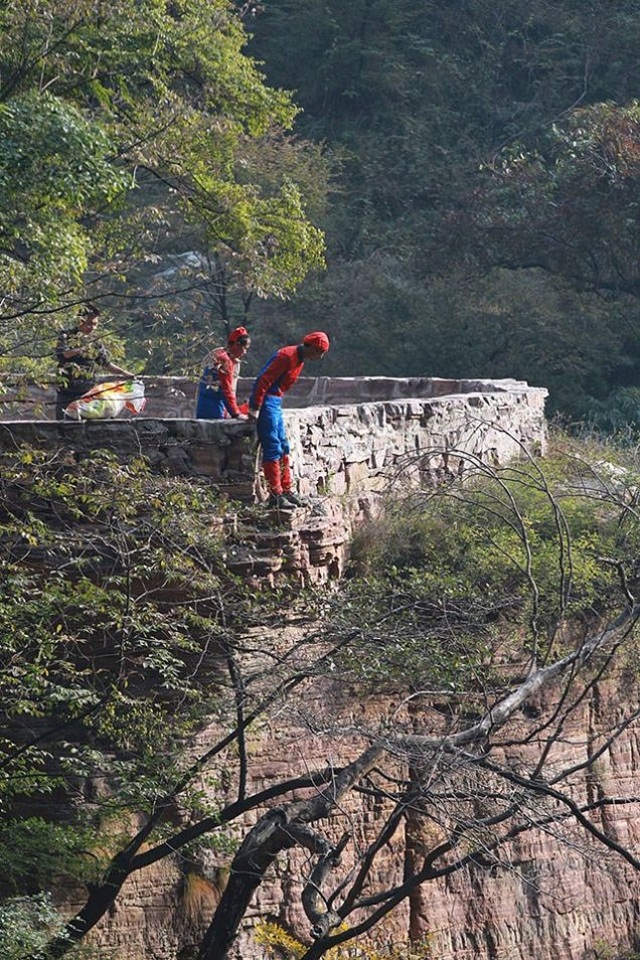 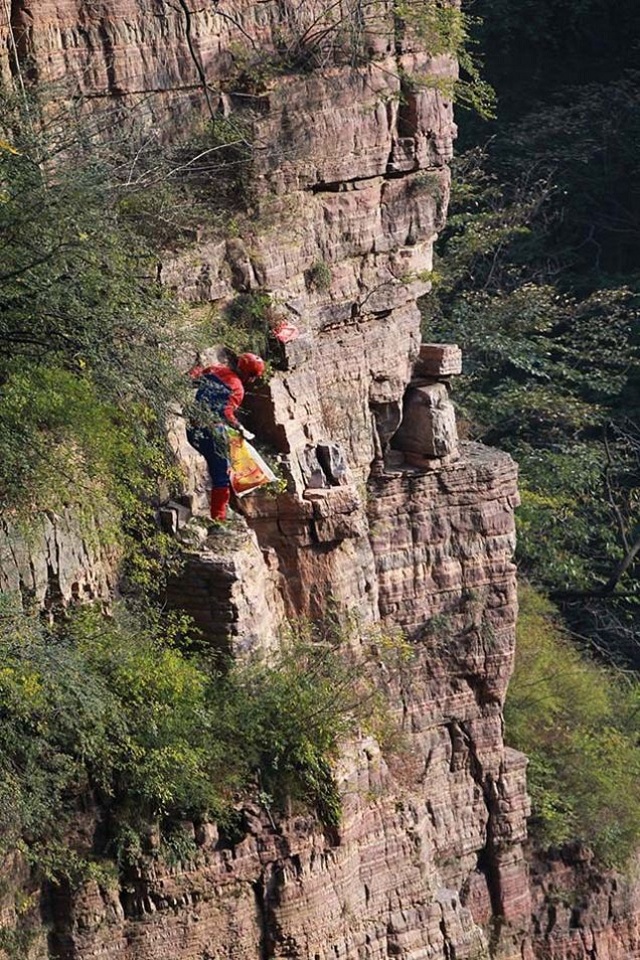 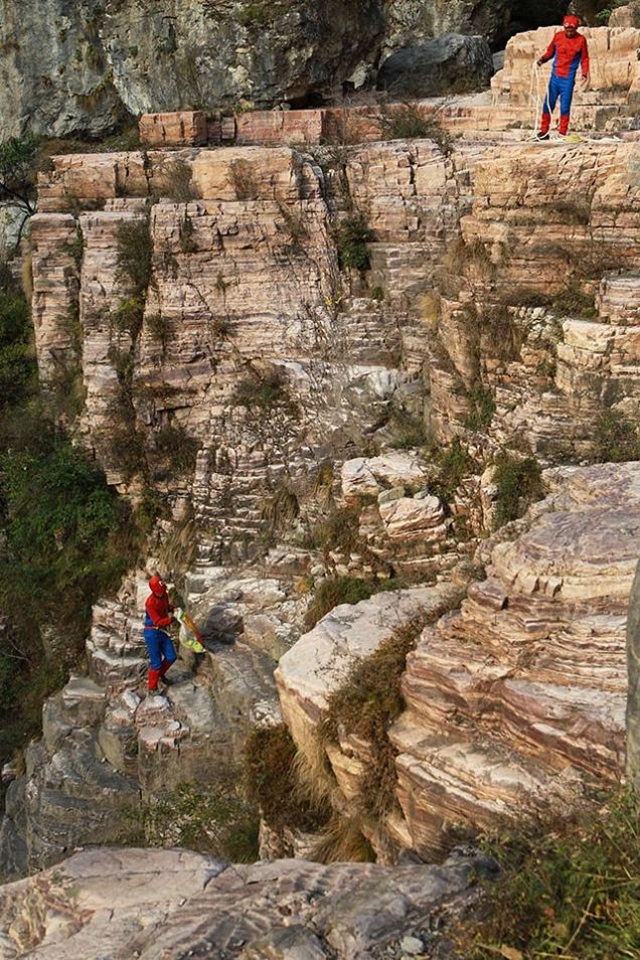