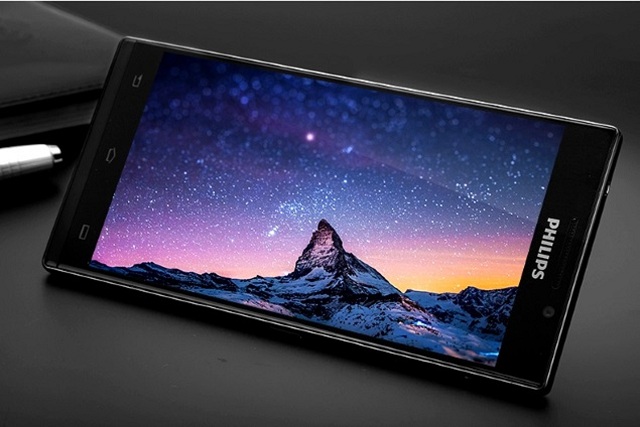 If you haven’t heard about it before, Philips also makes smartphones. Their new flagship device is the i966 Aurora, which has been launched in China, and it’s coming with impressive specs.

Similar to the LG G3 and the Samsung Galaxy Note 4, the Philips i966 Aurora comes equipped with a QHD (1440×2560) display. The 5.5-inch screen features a pixel density of 534ppi. Just to let you know, it’s 493ppi on the Google Nexus 6. The display is protected by Corning Gorilla Glass 3.

Under the hood the Philips i966 Aurora has a quad-core 2.5GHz Qualcomm Snapdragon (MSM8974AC) 801 processor, which is the same one that powers the Galaxy S5, 3GB RAM, and 32GB of storage (no hints about microSD card support). Other specs include a 20.7MP primary camera (having f/1.8 aperture, Sony IMX220 Exmor RS BSI sensor, and LED flash), an 8MP selfie camera, a 3000mAh battery, 4G LTE, and there’s Quick Charge 2.0 tech from Qualcomm. And yeah, it also has a fingerprint scanner. The handset runs Android-based  YunOS 3.0.

Chinese customers will get all that for CNY 3699 (around $604). But it is not known about whether or not the company has plans to release it in other markets around the world.