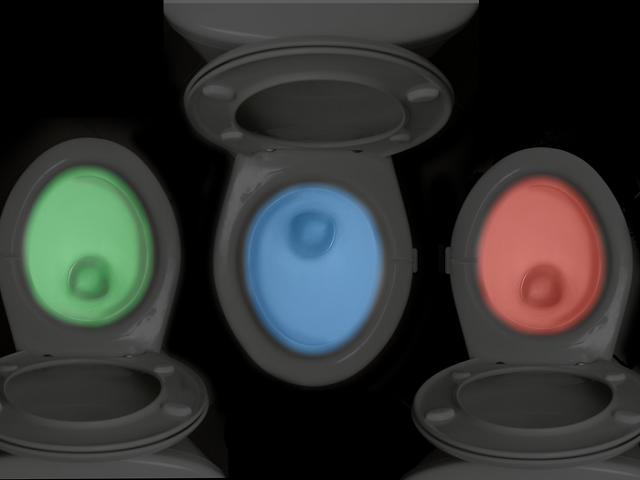 We humans are not nocturnal. We don’t have superior eyesight or hearing or smelling capability like the animals who are active in the night. Of course, some night party animals might be evolving into creatures with special powers. But for the majority of the people, light is important in the night.

But going to the bathroom in the middle of the night always has its problems. Switch on the light and it will be too bright for your eyes. Try to do the blind ninja stunt and you might make a mess. But all those problems vanish if you have the Illumibowl. It’s an LED light that can be attached to the toilet’s outside and shines colored light into the commode. The device is coming with a motion sensor. So the night light will be switched on once you enter the room and will be off when there is no activity for around a minute.

The Illumibowl is a kickstarter project and it has already met its goal of $20,000 with 35 days to go. But you can still show your support. Pledge $15 (yes, it’s cheap) and you will get one Illumibowl sometime in January. Are you interested?