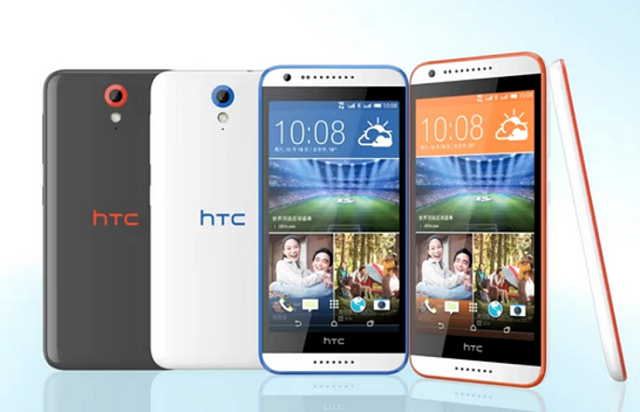 HTC unveiled their Desire 820 smartphone last month at IFA 2014. As you might know, the device features a 5.5-inch display and a 64-bit octa-core Snapdragon 615 processor. Then there were rumors that the company was working on a version of the Desire 820 that will be less advanced and cheaper. That rumored phone is now available in China and it’s known as the HTC Desire 820 mini.

The HTC Desire 820 mini is coming with a smaller 5-inch 720p display, but the front-facing speakers are there and it is similar in design to the Desire 820. The handset is coming with a Snapdragon 400 chipset, 1 GB RAM, 8 GB of storage with memory card slot, an 8 MP rear camera, a 5MP front shooter, LTE, and dual SIM support. It runs Android 4.4 KitKat.

The Desire 820 mini is currently available in China through Tmall, one of the largest online retailers in the country. The handset comes with a price tag of about $228 (1,399 yuan). That means it is around $100 cheaper than its bigger brother. We will let you know if the company has plans to launch the handset in other markets around the world.