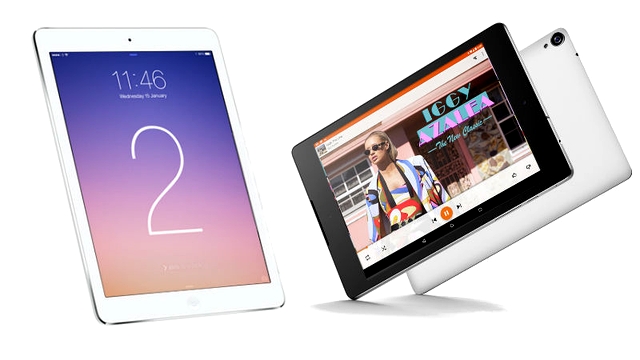 Planning to buy a new tablet in the very near future? If yes, your list of tablets to look at probably includes the newly unveiled Google Nexus 9 from HTC and the Apple iPad Air 2. Here we compare the specs of the new tablets. 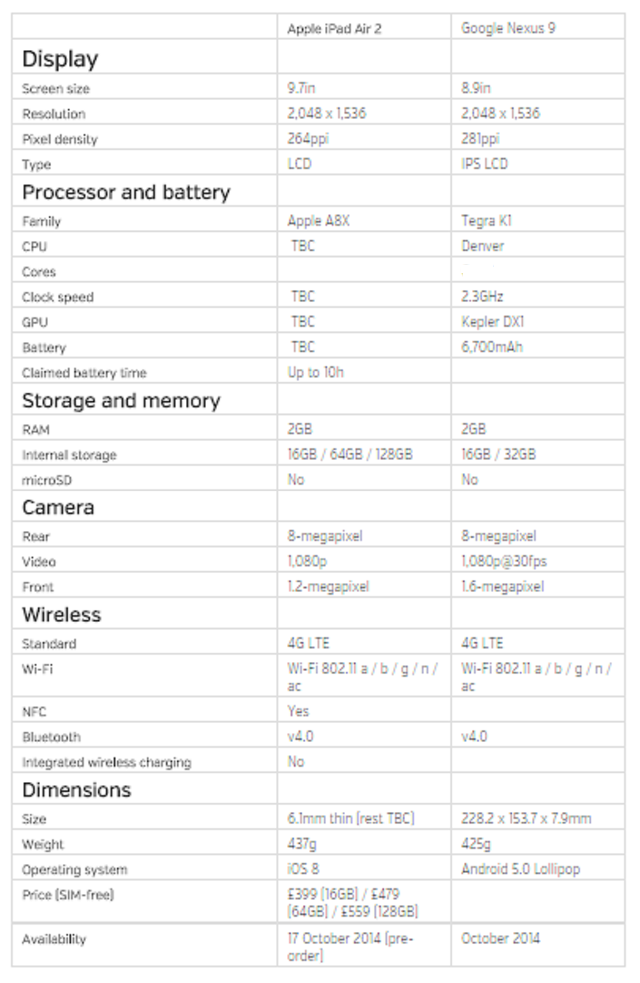 The iPad Air 2’s display is almost an inch larger than that of the Nexus 9. But the Google tablet wins here with a higher pixel density. The iPad Air 2 is coming equipped with an 8MP camera along with some “image optimisation” tools, and the Nexus 9 also features the same shooter. But HTC’s tablet is slightly better at taking selfies than the iPad Air 2, which has a FaceTime camera (1.2MP). The Nexus 9 features a 1.6MP front camera. But the front cameras on both the tablets should have been better.

The iPad Air 2 is really thin. At 6.1mm, the tablet is almost as thin as the Dell Venue 8 7000. The Nexus 9 has an extra 1.8mm of thickness. But the Nexus 9 is lighter, though only by a few grams. When it comes to the design, the HTC tablet is quite attractive. But the iPad Air 2 is much sexier. The Nexus 9 should perform pretty well as it is coming with a 2.3GHz dual-core NVIDIA Tegra K1 processor. Benchmarks have suggested that the chip is a beast. The iPad Air 2 should also work well having a dual-core A8X processor, which is a faster version of the A8 that’s under the hood of the iPhone 6 and iPhone 6 Plus.

You can take a peek at the iPad Air 2 and the iPad mini 3 in the video below.

Image and screenshot taken from ITProPortal