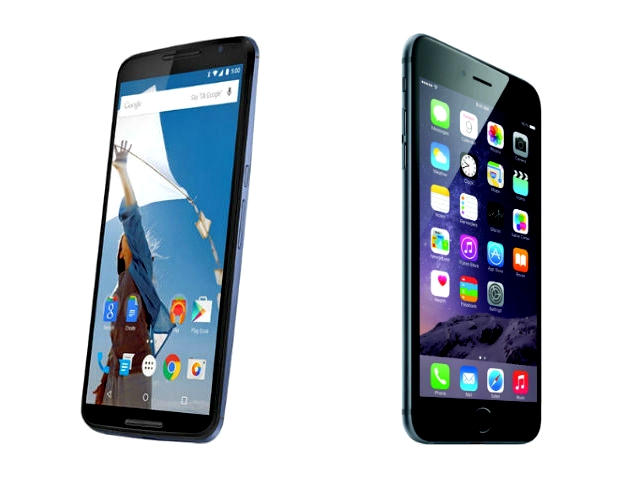 The HTC Nexus 9 tablet and Motorola Nexus 6 smartphone, which run Android 5.0 Lollipop, are here. We are comparing the specs of the new Nexus smartphone with those of the Apple iPhone 6 Plus.

Just in case you missed a few things earlier, you will be able to pre-order the Google Nexus 9 at the Google Play Store tomorrow (October 17) and the device will be available in stores on the 3rd of November. The Motorola Nexus 6 can be pre-ordered on October 29 and it will ship sometime in November. In the US, the smartphone will be available from Verizon, AT&T, Sprint, T-Mobile, and US Cellular. While in the UK the Nexus 6 will be offered by Three and O2 and retailers such as Amazon, Currys, PC World, Argos, and John Lewis. The 32GB Nexus 6 model comes with a price tag of $649 unlocked and the 64GB model costs $699.

Check out the spec comparison below. 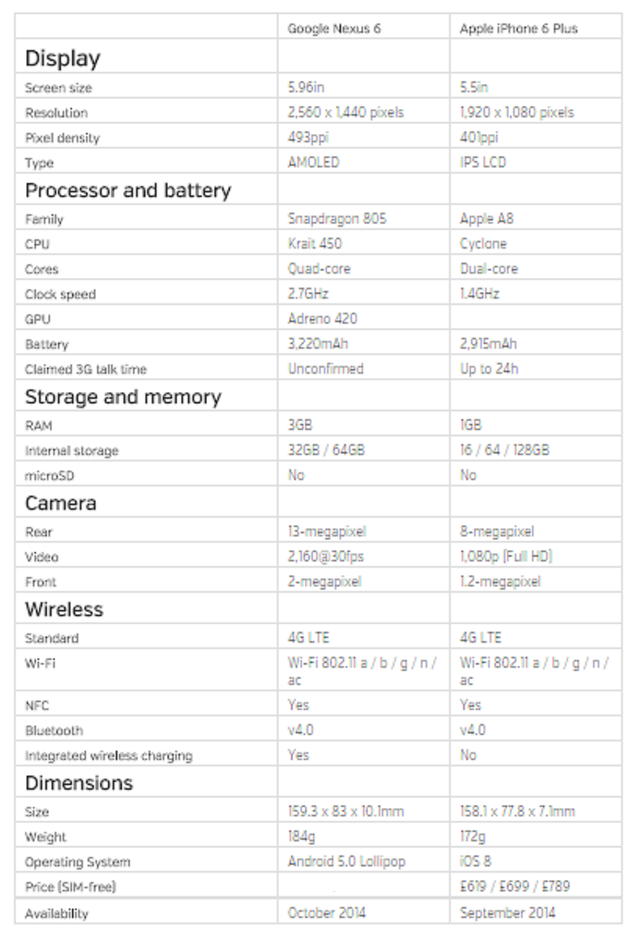 Although the Nexus 6 is larger than the iPhone 6 Plus, the Google device is a clear winner when it comes to pixel density. The Nexus 6 also has a better primary camera. Google, of course, should have added a good front shooter, though it is still better than that on the iPhone 6 Plus. But the Apple device should be easier to handle than the Nexus 6, which is heavier and bigger. The 2.7GHz quad-core Snapdragon 805 processor under the hood of the Nexus 6 seems to be better when compared to the iPhone 6 Plus’ 1.4GHz dual-core processor, though that doesn’t mean that the Nexus 6 will be better when it comes to performance. We will be taking a closer look at the handset to see how it works. The Nexus 6 has a bigger battery, but you shouldn’t forget that it has to power a larger display.

What are your thoughts about the new Nexus 6? Are you interested in the Android device? Or are you an iFan?

Image and screenshot taken from ITProPortal