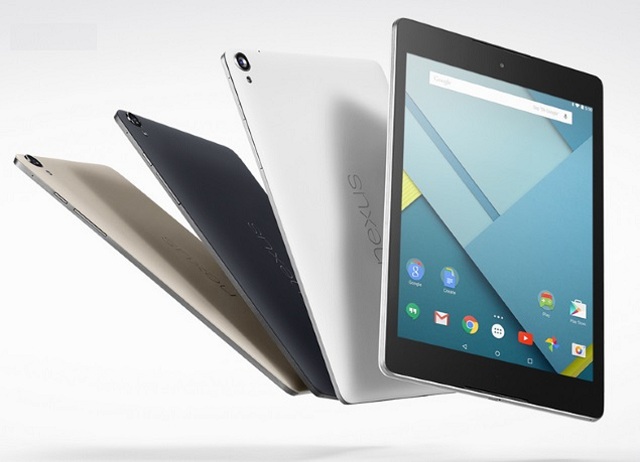 The Google Nexus 9 made by HTC is finally here. The Nexus 9 and the new Nexus 6 smartphone are the first devices to run Android 5.0 Lollipop. Here are the specs of the HTC Nexus 9:

The HTC Nexus 9 will be available to be pre-ordered in the Google Play Store tomorrow (October 17). The device will start reaching the customers on the 3rd of November, and it will be available in stores around the world on the same day. Here are the pricing details of the Nexus 9:

The LTE version of the Nexus 9 is also coming with support for penta-band HSPA+ as well as quad-band GSM/ EDGE and CDMA.