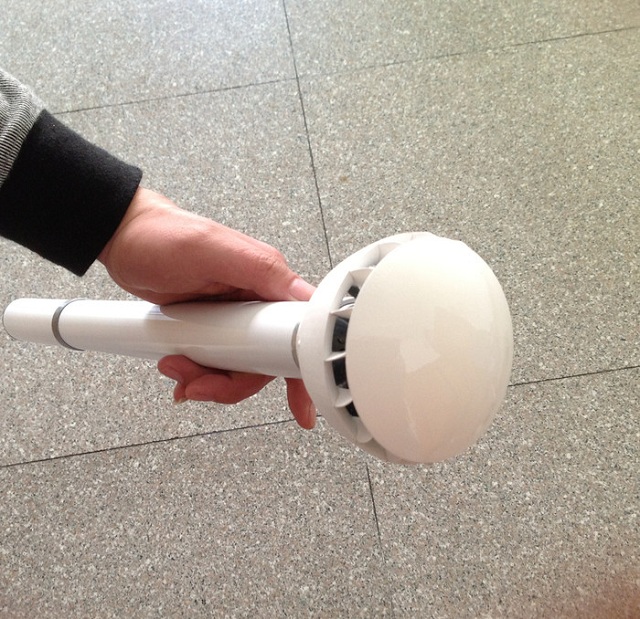 Umbrellas can be a bit hard to use occasionally. They turn inside-out when there are heavy winds, can create all kinds of problems when being folded, and its metal edges can hurt other people’s eyes if you are not careful with it in a crowded street. You won’t face such problems with the next-gen umbrella called the Air Umbrella.

Developed by a team of designers in China in collaboration with postgraduate students from the Nanjing University of Aeronautics and Astronautics, the Air Umbrella will keep you from getting wet in the rain by creating a ‘force field’ of air over your head. The hand-held device is coming with a lithium battery, a motor, and a fan. The air that will come out from its top will be strong enough to deflect water drops away from you. And the company is saying that one Air Umbrella is enough for two people.

The Air Umbrella is a Kickstarter project and they have managed to raise $27,634 (the goal was $10,000) so far. They have plans to ship Air Umbrellas to backers starting December 2015.

So, what do you think? Interested in the Air Umbrella? Of course, you will still need your normal umbrella when you go out in the sun.