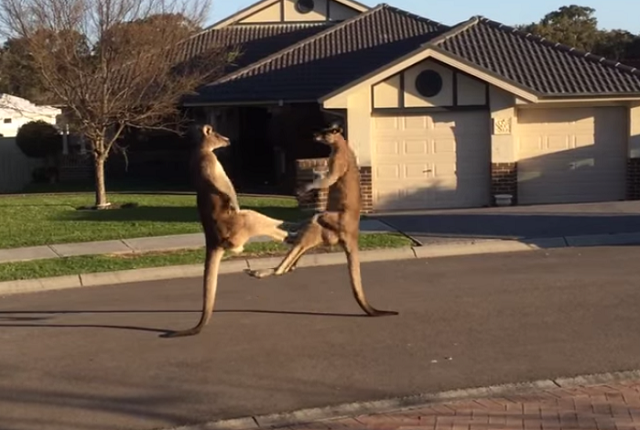 I have seen dogs and cats fighting in the streets. But what you see in the video below probably only happens in Australia. The clip shows two eastern grey kangaroos boxing in a suburban street down under.

So why are the marsupials fighting, you wonder? Did one of them steal the other’s candy? Or maybe one among them supports Tony Abbott, while the other does not? Kangaroos fighting with each other is not really unusual. They might be fighting over a female in oestrus or they might be just play-boxing. But whatever the fight is for, they are delivering some powerful kicks at each other. Check out the video and leave your thoughts below.