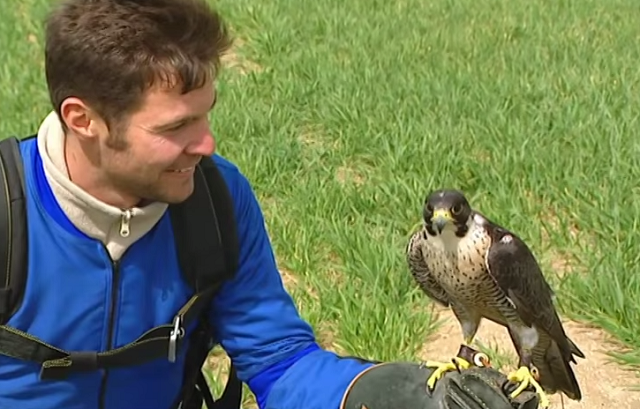 Forget the Cheetah, which can only manage to hit speeds of up to 120 km/h. Of course, that is fast. But the big cat can never reach the speeds with which the fastest animal in the world travels. We are talking about the peregrine falcon that is known to fly with speeds of up to 389 km/h.

Can’t imagine how fast that is? You just have to think about the fastest car in the world, which traveled at 435.5 km/h in a NASA facility back in February.

The video below shows a peregrine falcon called Lady, which has been trained for six years to go after a special lure. Lady was given an additional six months of training to become comfortable with a stunt you will see in the clip. The stunt involves the peregrine falcon pursuing her lure after launching from a hot air balloon 3 km above the ground. Steve Leonard, strapped to an expert skydiver, will be jumping from the balloon first holding the lure and a speedometer.

Check out the video and see how Lady reaches speeds of more than 290 km/h with ease.

The video has been taken as part of BBC Earth, the BBC documentary series.