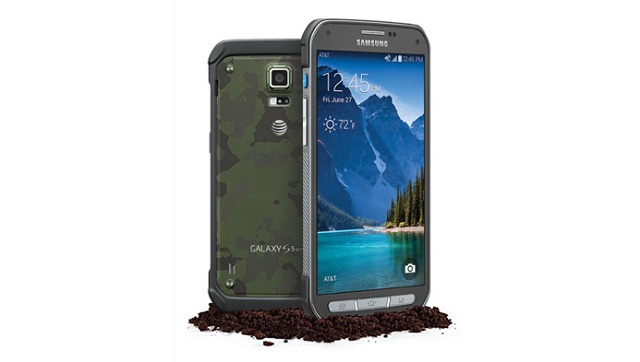 Samsung’s Galaxy S5 Active rugged smartphone, as you might know, was exclusive to AT&T in the US before it launched on other carriers and in Canada. Now the South Korean company is all set to release the handset in Europe. The European version of the device will come with the same specs, but it appears like it will be priced higher.

The European Galaxy S5 Active is called model SM-G870F. Unlike the US version, there won’t be any carrier branding and there will be a Samsung logo (and not the Galaxy S5 Active logo) on the model for Europe.

Just to remind you, the Galaxy S5 Active features a 5.1-inch 1920×1080 Super AMOLED screen, a 2.5GHz Snapdragon 801 quad-core Krait 400 processor, 2GB RAM, 16GB of storage (with microSD card support), Adreno 330 GPU, a 16MP camera, a 2800mAh battery, heart-rate sensor (but no fingerprint scanner), and a special key to get to the Activity Zone to access your favorite features. Available in Camo Green and Titanium Grey, the handset is IP67-certified and also has MIL-STD 810G certification.

ZTE Grand X2 is Powered By Atom Processor, Coming to Europe in the Fall