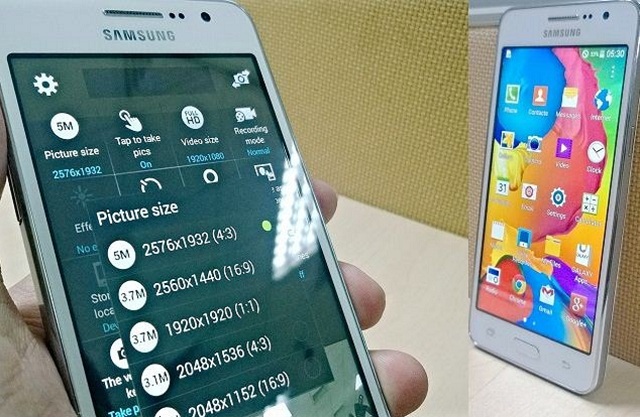 In case you missed it, Samsung launched their Galaxy Alpha semi-metallic smartphone in India on Saturday with a price tag of Rs. 39,990. But if you are looking for an affordable smartphone from the South Korean company, maybe you will be interested in checking out the new Galaxy Grand Prime which reportedly will be launched in the country this week.

According to a Mumbai-based retailer, the Samsung Galaxy Grand Prime will be on sale in 2 days for Rs. 15,250 (MRP is Rs. 16,000). The handset, which runs Android 4.4 KitKat, is said to be coming equipped with an 8MP rear cam, a 1.2GHz quad-core processor, 1GB RAM, and 8GB of storage with support for microSD cards up to 64GB. You will also get a 5-inch qHD (that’s a resolution of 540×960) TFT screen and a 2600mAh battery. And if you are one of the selfie-obsessed people out there, you should love the 5MP front shooter with wide-angle lens on the Galaxy Grand Prime.