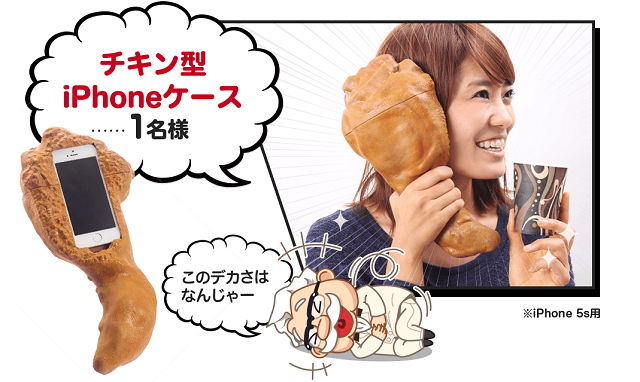 We have seen some weird iPhone cases in the past, but it appears like more and more are going to be designed as long as there are people to buy them. But this new case from Kentucky Fried Chicken’s Japanese arm is just meant to be a giveaway, as part of a Twitter promotion. Say hello to the fried chicken iPhone case.

You might have heard about KFC Japan’s fried chicken keyboard, mouse and USB drive which were introduced earlier, but it seems they were not satisfied with their unusual accessories. The new iPhone 5S case is shaped like a large deep-fried drumstick. There is a seam near its top where the drumstick should separate for you to insert the handset, and you will be able to hold the case on the drumstick’s bone part as you can see in the image above. 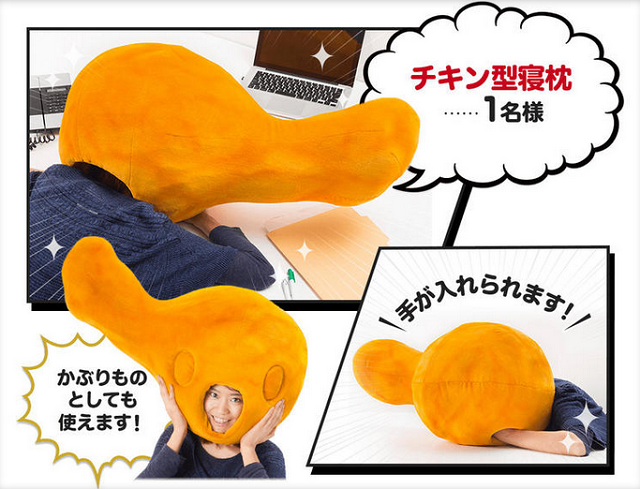 And there’s one more thing to add into KFC Japan’s list of new unusual products. They have also unveiled their large plush drumstick, which is something you can take a power nap in when you are sleepy at the office or the airport or anywhere. The drumstick is not for your whole body though; it comes with a hole for accommodating your head and two smaller holes for your hands. It’s similar to the Ostrich Pillow, but the giant chicken part should attract more attention from the people around you.