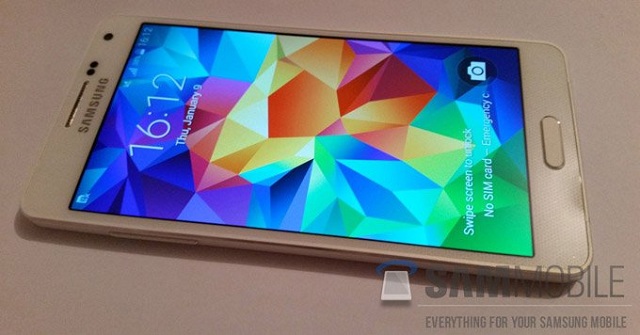 The SM-A500 smartphone from Samsung has been previously rumored to feature an all-metal body. But it appears like we will have to wait longer to see the South Korean company finally unveiling a full-metal handset.

The folks over at SamMobile have published images of the SM-A500 or the Samsung Galaxy A5 and the device reportedly will come with mid-range specs, as rumored before. The Galaxy A5 will feature a 5-inch HD Super AMOLED screen with a resolution of 1280 x 720, a Qualcomm Snapdragon 400 processor, 16GB of storage with support for microSD cards, a 13MP rear camera, a 5MP front shooter, a 2,330 mAh battery, and the latest TouchWIZ version.

The device will come with a premium look and feel, but it won’t feature a metal body. That’s according to a source who has touched the device. The handset apparently is not made of plastic or metal but something that “feels cold in the hand”. It appears that they are using some material which gives a premium feel but will keep the device’s price tag closer to that of a mid-range smartphone.

Check out all the images of the Galaxy A5 and don’t forget to leave your thoughts in the comments below. 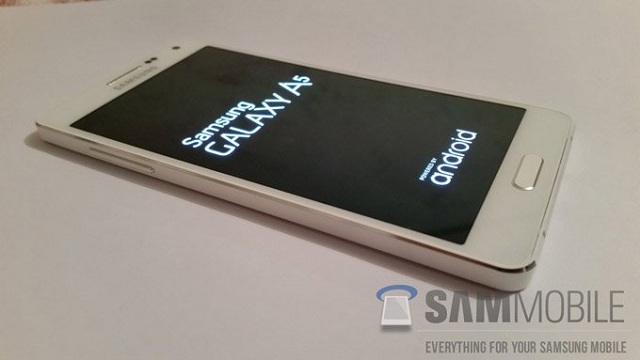 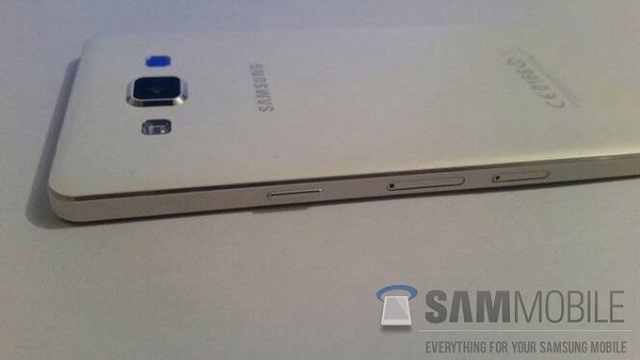 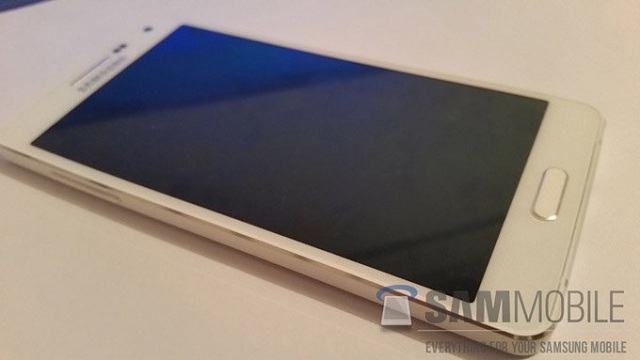 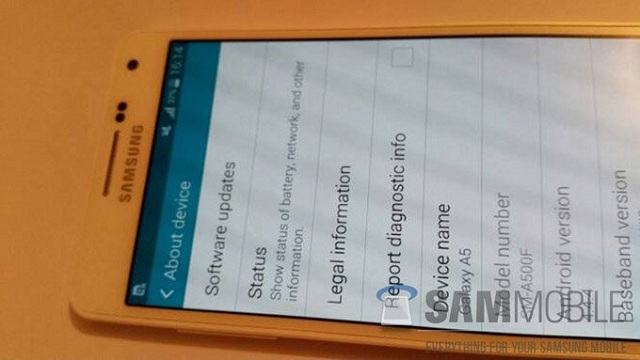 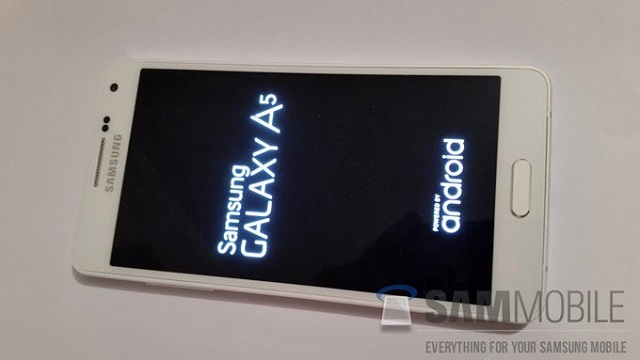