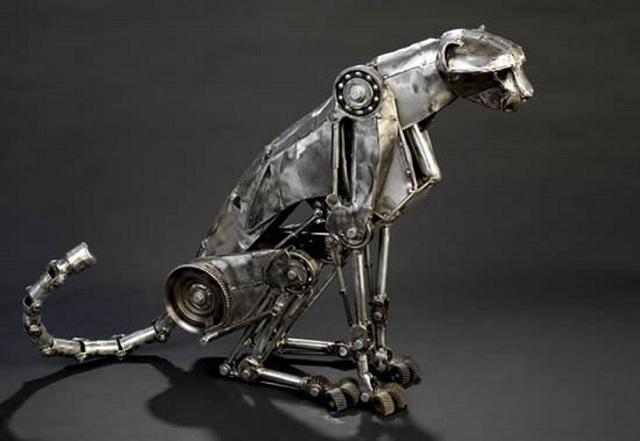 We have seen Cheetah robots before. While those robots were designed to freak everyone out, a new one designed by the engineers at MIT seems to be a lot less creepy. The new robot is really fast and it also appears to be pretty silent.

It is capable of moving through bumpy terrain and can hit speeds of up to 48 km/h (30 m/h). That means this Cheetah robot can outrun Usain Bolt, who can manage speeds of around 23 m/h. The robot reportedly also features an algorithm which will allow it to control the force with which its legs hit the ground when taking steps.

Sangbae Kim, from MIT, says, “Many sprinters, like Usain Bolt, don’t cycle their legs really fast. They actually increase their stride length by pushing downward harder and increasing their ground force, so they can fly more while keeping the same frequency.”

The Cheetah runs and jumps with help from an electric engine, so its more environmentally friendly and quieter than robots coming equipped with a combustion engine. According to Kim, “Our robot can be silent and as efficient as animals. The only things you hear are the feet hitting the ground. This is kind of a new paradigm where we’re controlling force in a highly dynamic situation. Any legged robot should be able to do this in the future.”

Check out the video to know more about the new robot.

And don’t forget to leave your thoughts in the comments below. Do you want to see a robot like the concept steampunk cheetah you see in the image above?