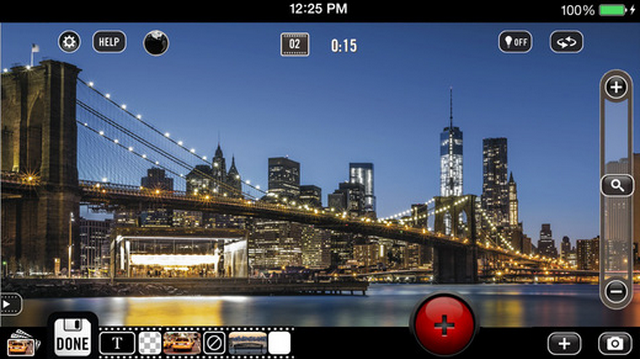 There are so many good apps available on Apple iTunes. And many people buy these apps, no matter whether they are paid or free. But what can customers do when the price of the app becomes greater than that of the device? Well, the answer is simple. They won’t buy it. Right?

A new app called Vizzywig 4K, by developer i4software, is currently available on iTunes for a whopping $999.99. Yeah, you heard that right. The app actually costs almost one thousand dollars. That means it is costlier than the new iPhone 6. It’s also costlier than the new iPhone 6 Plus. But you won’t need Apple’s latest iPhones to run this app, as it will work perfectly only on the iPhone 5S and only if the device runs iOS 7.

The Vizzywig 4K app will allow you (if you are buying it) to capture and edit videos in 4K. The app captures photos at 24 images per second and they are stitched together to produce a 4K video (you can edit each frame that has been shot). That is the reason why it will work only if the phone is running iOS 7. As you might know, with iOS 8 you can only manage 10 shots per second in Burst Mode.

Turn your iPhone 5S into a 4K motion video camera, 4K editor and 4K distribution platform with Vizzywig 4K by i4software. Rather than capturing video, VZ4K captures full 4K resolution photos at the rate of 24 photos per second along with synched audio. Edit, add 4K transitions, titles, scrolling credits and background music and upload straight to YouTube in full 4K.

NOTE: Upon purchase, email [email protected] for VIP email, phone or text message support directly from the founder and inventor on this particular app due to the high price point.