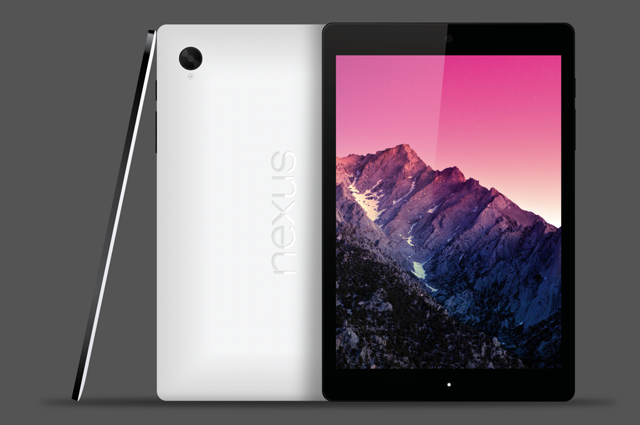 The previously rumored HTC-made Nexus 9 tablet will get unveiled on the 8th of October. That’s according to a Portuguese source, who also seems to have provided more details about the upcoming tablet. In case you are wondering about the source, there’s an HTC production facility in Brazil where people speak Portuguese.

The HTC Nexus 9, which will be the first Nexus device for 2014, will come equipped with a Tegra K1 processor that should make the slate very, very fast. The tablet has earlier been rumored to come with 4GB RAM, but the new source is suggesting that it will feature 3GB of RAM. But maybe different versions of the Google Nexus 9 are being planned. As for the other specs, the device will boast a 9-inch 1080p screen, 16GB of memory, and a microSD slot that will support cards up to 128GB. And the tablet will feature a premium design (of course, it’s HTC).

Meanwhile, also going to be shown off at the October 8 event will be a “tube-shaped” waterproof camera (we have heard about this before) having a 16MP sensor and wireless connectivity. The shooter apparently can be controlled wirelessly using a mobile app and is meant to be a rival to the GoPro.

What you see below is an NVIDIA filing that talks about the HTC Nexus 9 tablet.

Just in case you missed it, there’s another upcoming Android tablet that you will probably want to know more about. It’s an awesome new slate from Dell.