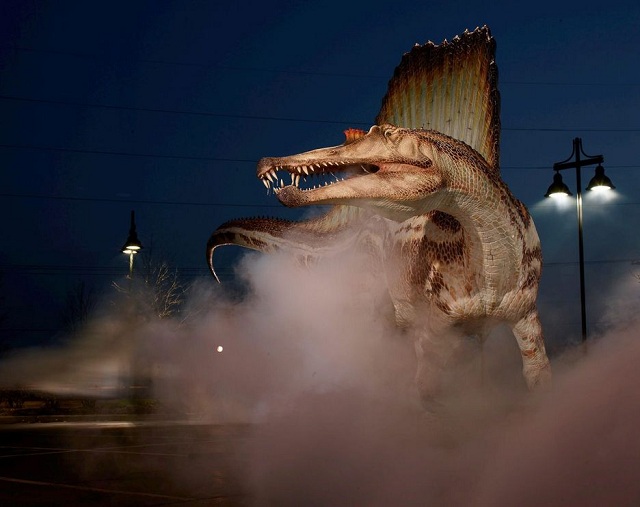 Remember the giant dinosaur that kills the mighty Tyrannosaurus rex in Jurassic Park III? That was Spinosaurus!

Spinosaurus is the largest carnivore to ever walk the Earth. National Geographic Emerging Explorer Nizar Ibrahim and his team in Morocco discovered crucial elements of the dinosaur’s skeleton that led to some interesting conclusions. Spinosaurus may have used all four limbs to walk, unlike other carnivores, and it probably spent much of its time in the water. The dinosaur was first discovered by Ernst Freiherr Stromer von Reichenbach, a Bavarian aristocrat, more than a century ago. His findings were displayed in Munich until they were destroyed by a bombing during World War II.

Newly discovered fossils revealed that Spinosaurus, bigger than T. rex, was an excellent swimmer, unlike any other dinosaur. Found in the sands of Morocco, the bones suggest that, unlike its land-dwelling cousins, this meat-eating creature likely fed on sharks and other fish. Spinosaurus was about 50 feet long, and the “sail” on its back was perhaps a display structure.

Click here if you want to know more about Spinosaurus.