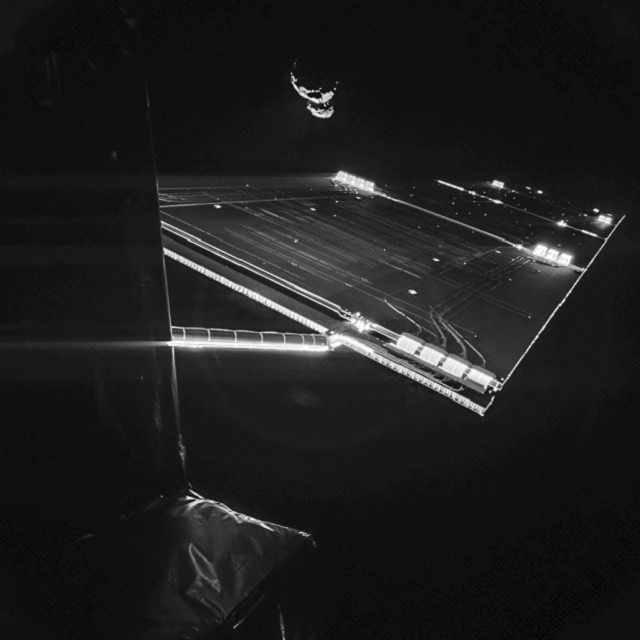 Back in August this year, European Space Agency’s Rosetta became the first satellite ever to orbit a comet. It’s very, very far away from Earth, and it also seems to be having a great time out there at the moment. Look at the selfie it has taken with the comet, Churyumov-Gerasimenko, visible behind 31 miles away.

That’s a selfie taken 250 million miles away from our planet, and it shows a side of the spacecraft and one of its solar wings that’s 45 feet long. The ESA took the picture using a camera (Comet Infrared and Visible Analyzer) on the satellite’s Philae lander, which will be landing on the comet sometime in the future. The ESA will be selecting two potential landing sites, from five, in the coming week. After it lands, Philae will utilize 10 instruments including the camera to learn more things about the comet.

Will Rosetta’s selfie beat the selfies taken by Kim Kardashian? Or how about this crazy selfie? Of course, Rosetta will win hands down. But don’t forget to share your views below.