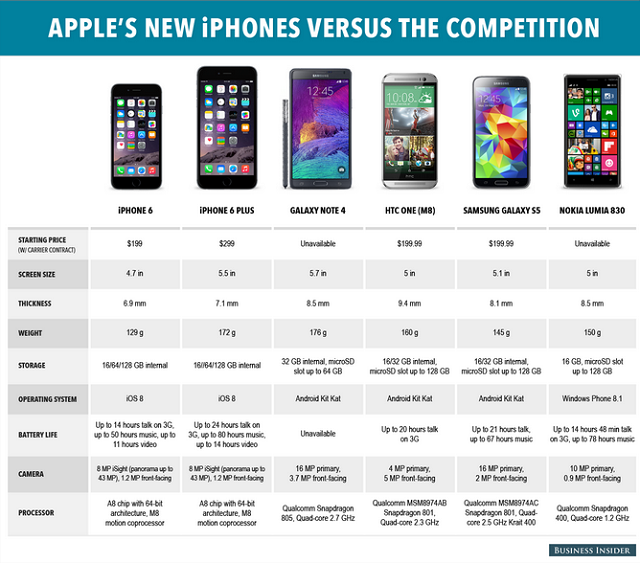 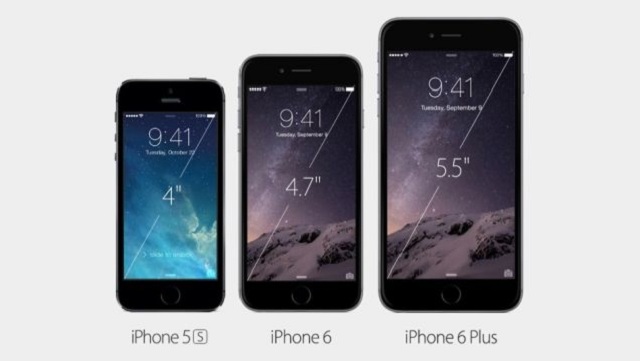 Just in case you have come out from a cave at the moment, Apple’s new iPhone 6 and iPhone 6 Plus were unveiled yesterday and they come with bigger screens and better components under the hood compared to their predecessors. But do the devices come with enough qualities to make them tough rivals to all the high-end Android and Windows Phone handsets out there?

The chart below compares the specs and prices (on two-year carrier contracts) of the new iPhones with those of competing devices including the HTC One (M8), Samsung Galaxy S5, Nokia Lumia 830, and Galaxy Note 4. Check out the comparison and leave your thoughts in the comments below.