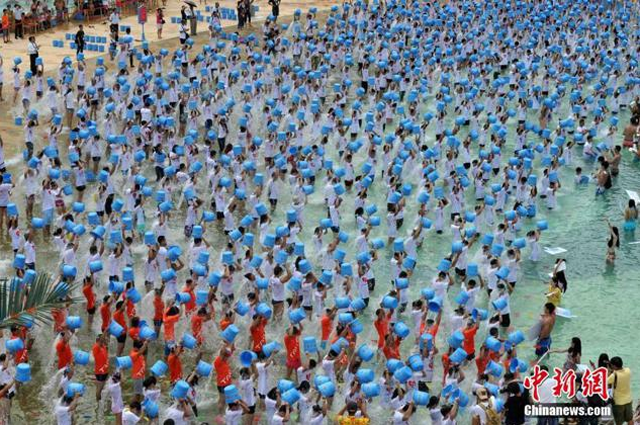 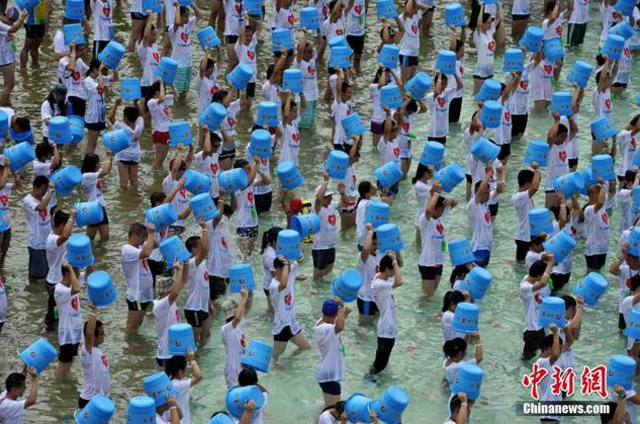 What is way better than one person (even if he/she is a celebrity) doing the ALS Ice Bucket Challenge? The answer is hundreds of people doing it at the same time. That appears to be what has happened in Xiamen, China, where over a thousand people reportedly got together to dump ice water on top of their heads for ALS research.

In case you didn’t know, on the 23rd of August 428 people dumped ice water on their heads simultaneously in St. Augustine, Florida, to create a World Record. But that record clealry hasn’t lasted long. People who took part in the Xiamen event donated 100 yuan (about $16) before getting a chance to participate in it. That donation will be used for ALS research. The first photo below was taken during the Florida event, and the rest are from Xiamen. 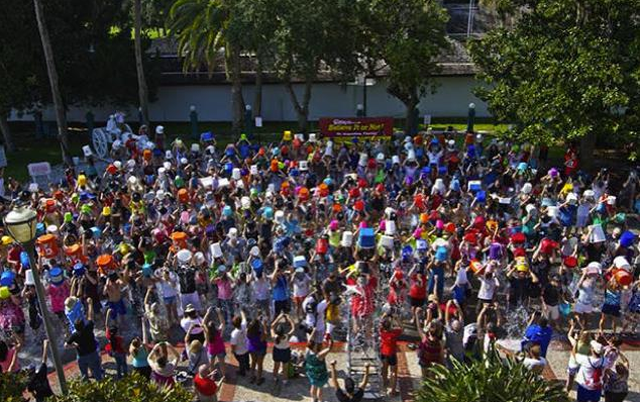 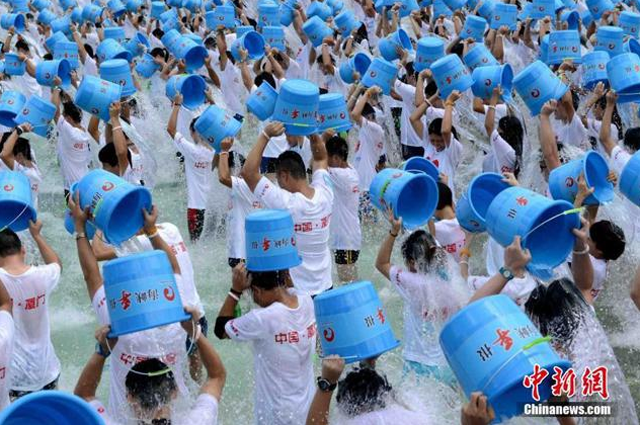 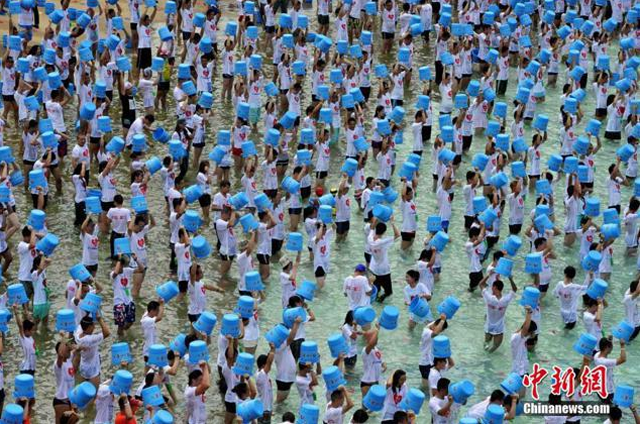