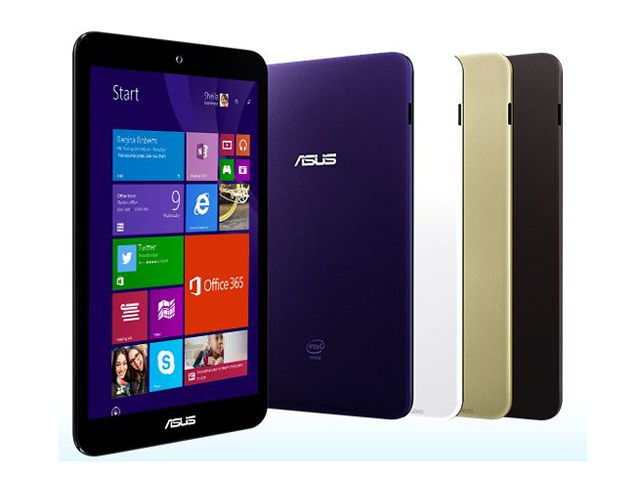 ASUS earlier unveiled their Android Wear-powered ZenWatch and MeMO Pad 7 Android tablet at IFA 2014. But it looks like they came to the event to show off more than one tablet. The company has also unveiled their VivoTab 8, a Windows tablet that seems to be a slightly toned-down version of the ASUS VivoTab Note 8 tablet that comes with a stylus and was announced earlier this year.

The ASUS VivoTab 8 is an 8-inch slate that runs Windows 8.1 and is powered by the 64-bit Intel Atom Z3745 quad-core processor (1.86GHz). That’s the same SoC powering the Android tablet mentioned above. With the new Windows tablet, you will also get 1 or 2GB of RAM (depending on the market) along with 32GB of storage, a microSD card slot (cards up to 64GB), an IPS LCD 800×1280 display (188ppi), 2MP rear and front cameras, and a 15.2Wh (about 3040mAh) Li-Poly battery. According to ASUS, the device features 8 hours of battery life. And you get all that in a device which weighs only 330g.

The ASUS VivoTab 8 will be available in black, white, purple, and gold, and it’s expected to be on sale sometime before the end of 2014. The company hasn’t announced the price of the device but looking at how much the ASUS VivoTab Note 8 costs ($249 at Microsoft), the new tablet should cost somewhere around $200. So, are you interested in the new ASUS tablet? Or how about the new super-thin and super-light Lenovo tablet? Share your thoughts in the comments below.