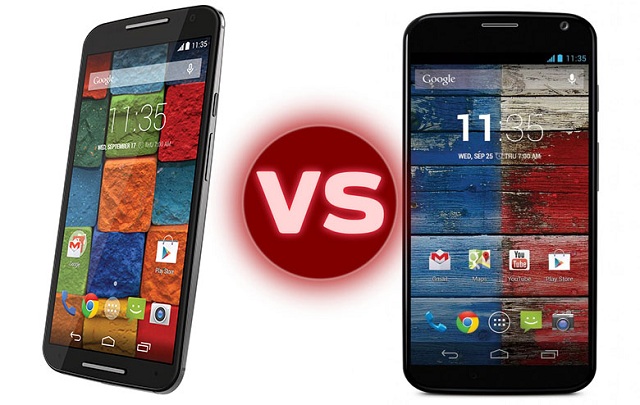 The new Moto X is here and it seems to be better than its predecessor in almost every category in the specs chart. The new device features a bigger display with better resolution, an improved camera, a better processor and graphics engine, and a slightly bigger battery. But there’s still no microSD card slot. Check out the comparison below. 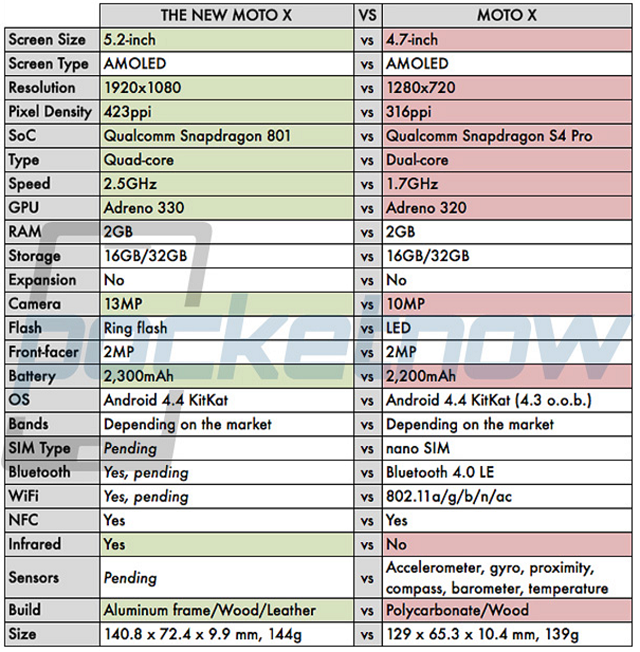 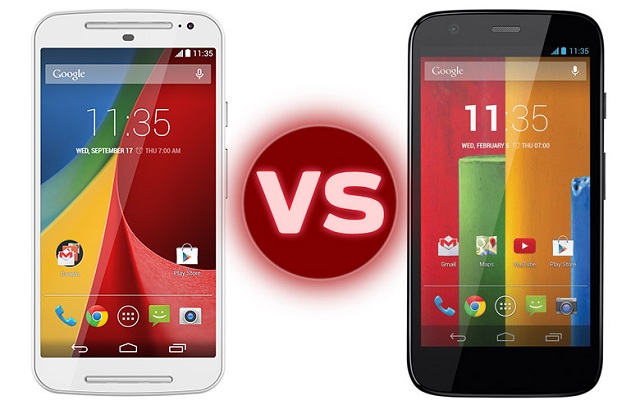 The new Moto G features a bigger display but the same resolution as the old device. So pixel density is lower on the new device. Both the cameras are slightly better on the new device and all models of the new Moto G are coming with microSD support. As you might know, only the 4G LTE model of the old Moto G came with microSD expansion. Check out the spec comparison below. 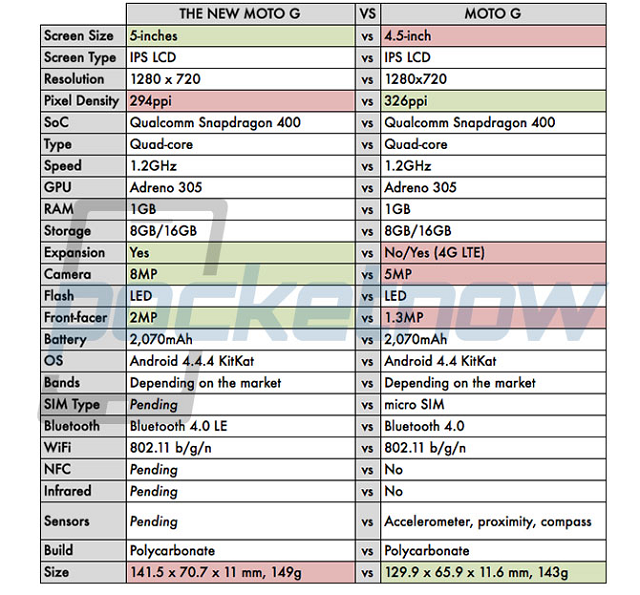