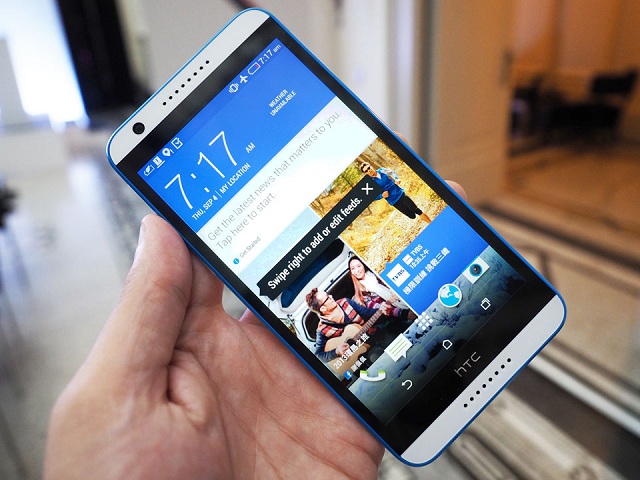 We have seen some impressive high-end devices getting unveiled at IFA 2014, but HTC has managed to turn heads at the event with their new HTC Desire 820 smartphone meant for the mid-range market.

As rumored before, the HTC Desire 820 will be quite a powerful device featuring a 64-bit octa-core Snapdragon 615 processor. 64-bit support will help you when you are using processor-heavy apps and it will be easier on the battery also. But for the phone to perform at its best Google will have to release their next Android version (HTC is promising an update to Android L) that features OS support for 64-bit.

The handset is coming with big.LITTLE architecture. So there will be a set of four 1.5GHz cores to handle tough tasks, while a set of four 1.0GHz cores will take care of all the easier works. This leads to an improvement in battery efficiency.

As for the other specs, the HTC Desire 820 features a 5.5-inch 720p display, 16GB of storage, 2GB RAM, HTC BoomSound speakers and a 2,600mAh battery. It features a 13MP rear camera. But, if you are one of the selfie-obsessed people out there, you should love the 8MP (you read that right) front-facing camera on the 820. And there are also many software features that will allow you to play with photos.

It’s performing quite well as you will see in the video below.