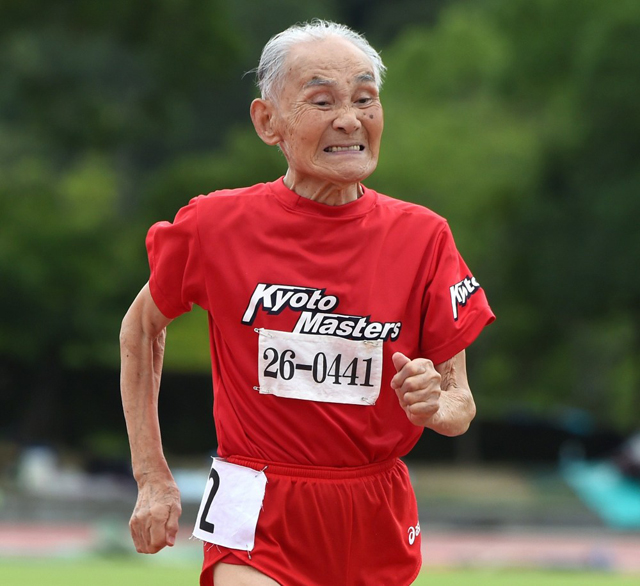 Usain Bolt, as you probably know, is the fastest man on the planet. He holds the 100-meter world record at 9.58 seconds. But Japanese sprinter Hidekichi Miyazaki is also a record holder in the 100-meter dash and he recently issued a challenge to Bolt.

Nicknamed “Golden Bolt”, Miyazaki started running when he was 92 and he is currently 103 years old. He holds the world record for the fastest 100-meter dash for those over the age of 100 at 29.83 seconds. Now that’s certainly not anywhere near Bolt’s record, but you won’t see too many people who are over 100 who is capable of doing what Miyazaki does. Recently, in Kyoto, Miyazaki ran 100 meters in 38.35 seconds and then said:

“I’d love to race Bolt…. I’m keeping the dream alive. I try to stay in top shape and stay disciplined and healthy. That’s important for everyone – even Usain Bolt.”

So, who all wants to see Miyazaki going against Usain Bolt? Share your thoughts in the comments below.