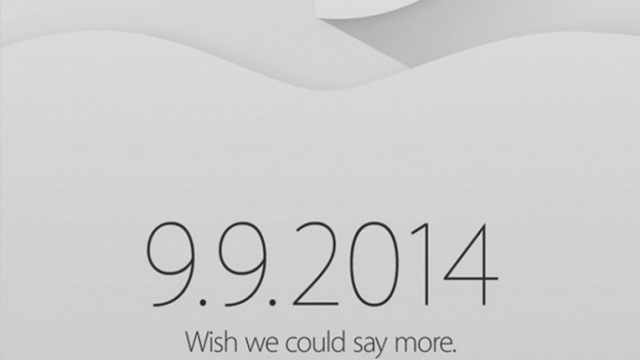 For all the Apple fans out there, the wait will finally be over in about a week and a half. Apple has started mailing out invitations for their event happening at the Flint Center for the Performing Arts at De Anza College in Cupertino, the same place where Steve Jobs launched the original Mac three decades ago. It has been scheduled to take place on the 9th of September, the day we will most probably be able to take a peek at the iPhone 6.

Of course the company hasn’t said that they are going to unveil the next-gen iPhone, but it seems safe to believe that the device is indeed coming on the above said date. The only thing to wonder about is whether or not both the rumored variants are going to be shown off. As you should know, Apple has been rumored to be working on a 4.7-inch model and a 5.5-inch variant of the iPhone 6.

Meanwhile the rumored iWatch, which will be Apple’s first wearable tech, could also get unveiled at the event. Rumors suggest that the device will feature a 2.5-inch rectangular display, sapphire glass, many sensors, and work with various Apple software.