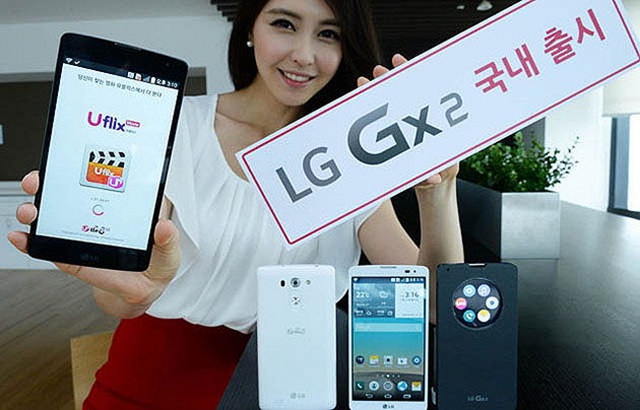 Earlier we told you about the new LG G3 Stylus, the Galaxy Note 4 rival you probably are not interested in unless you are looking for a note taking device which costs much less than the Samsung handset. And now we have a new device from LG called the LG Gx2.

Not a high-end smartphone, the LG Gx2 is coming equipped with a 5.7-inch 720p display, a 1.2GHz quad-core processor, 1.5GB RAM, 8GB of storage, a 3,200mAh battery, and a 1.3MP front-facing camera. It also comes with an 8MP rear shooter which features the laser autofocus system from the LG G3 and runs Android KitKat.

LG’s press release came on their Korean website, so the LG Gx2 is likely meant just for the Korean market. But there haven’t been any hints regarding availability or pricing.