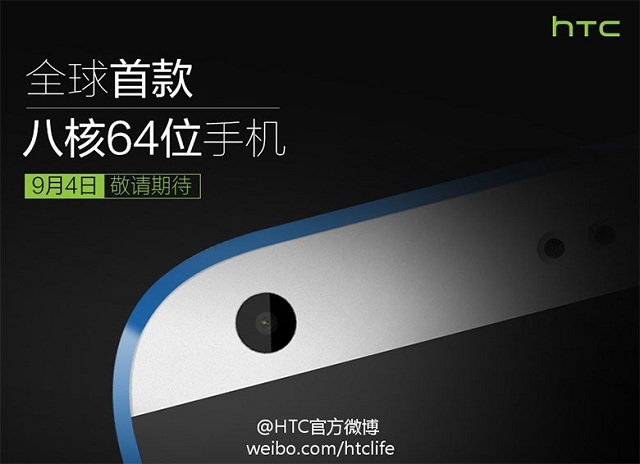 If you didn’t go for the 64-bit iPhone 5S just because you are a hardcore fan of Android, maybe you should keep an eye on an upcoming smartphone from HTC. We are talking about the previously rumored HTC Desire 820. According to a new teaser from the company, the mid-range device will come equipped with a 64-bit chip.

As you can see, the teaser is allowing us to take a peek at the front-facing camera of the handset and the speaker can also be seen. The teaser is saying “64-bit” and “September 4”, so the handset will probably be shown off at HTC’s event at IFA 2014.

And according to the text on the image, the new device will be the “world’s first octa-core 64-bit phone”. That means that the handset will probably be powered by Qualcomm Snapdragon 615, which features eight Cortex-A53 cores and a next-gen Adreno 405 GPU.