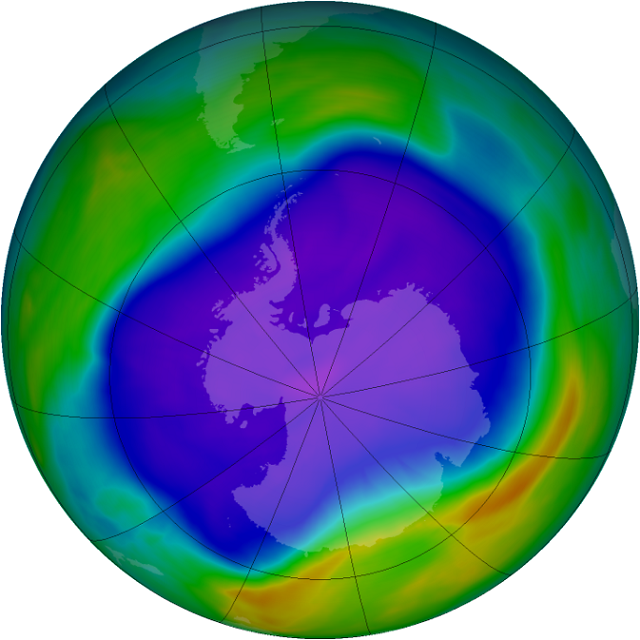 Decades ago, via the Montreal Protocol, we banned the use of chlorofluorocarbons to protect Earth’s Ozone layer. But after so many years, new research is suggesting that the layer is still under threat.

New NASA research is suggesting that the Earth’s atmosphere still has a large amount of ozone-depleting carbon tetrachloride, which was banned back in 1987. According to their report, 39 kilotons of the chemical, which was once used in fire extinguishers and dry cleaning, is still being emitted per year. That’s down by 30 percent when compared to the peak emission of CCl4, but the chemical’s emissions should be zero at the moment.

So where are these emissions coming from? Parties who have ratified the Montreal Protocol reported there were zero new CCl4 emissions from 2007 to 2012. But the compound is present in an unexpectedly large amount in the atmosphere, which means there is some other source for it.

“We are not supposed to be seeing this at all. It is now apparent there are either unidentified industrial leakages, large emissions from contaminated sites, or unknown CCl4 sources. Is there a physical CCl4 loss process we don’t understand, or are there emission sources that go unreported or are not identified?”