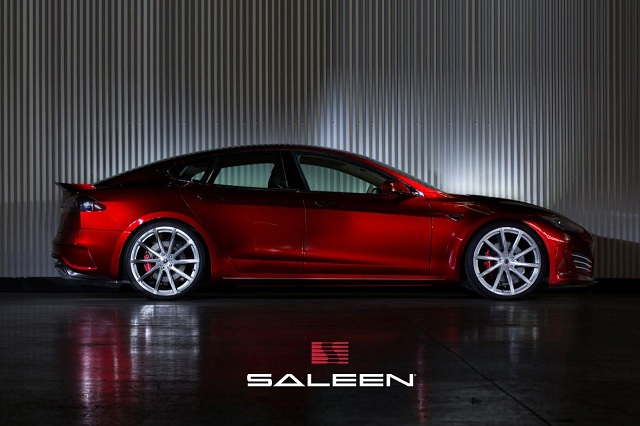 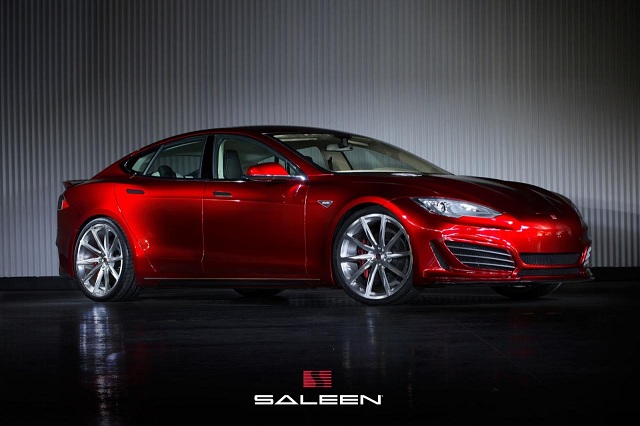 It’s green and got curves too. Saleen’s FourSixteen sure is elegance personified at the Pebble Beach Concours d’Elegance, where it has been officially unveiled.

And, by the looks of it, the California-based performance car manufacturer of speciality high-performance sports cars has made sure they didn’t compromise on the looks or grunt just because the FourSixteen is electric and is based on the Tesla Model S P85. Saleen, after all, has their brand image to uphold, after having brought out their flagship—the Saleen S7 in 2000, a muscle car fully built by Saleen. Besides the supercar, Saleen has stuck to its American Muscle traditions with the S302 (Mustang based), S620 (Camaro based), and the S570 (Challenger based).

With all that muscle in their stable, why go electric now? Well, the FourSixteen is not just a green machine; it is a performance luxury electric car. Let’s take a look at the finer details beneath the sexy curves to find out more. 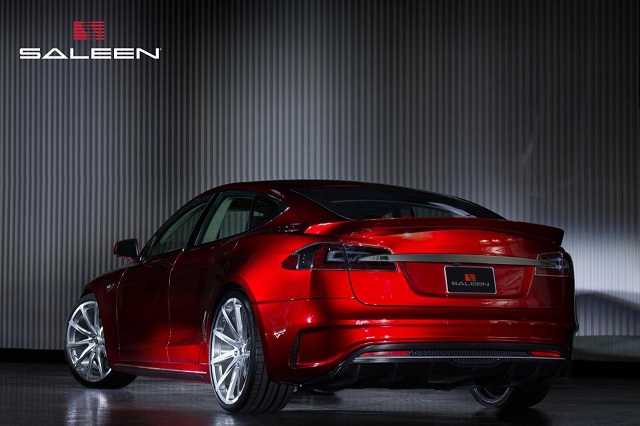 The Saleen FourSixteen will be powered by an induction motor that produces 416 bhp (310 kW) and 443 lb-ft (600 Nm) of torque. The numbers mentioned are the ones provided by Tesla. But Saleen claims the FourSixteen provides track-worthy throttle response and acceleration thanks to “increased efficiencies in torque management”.

The FourSixteen is a cooler ride too, literally. It has been equipped with an improved cooling system with larger radiator, upgraded fans and a high-flow water pump to help “maintain consistent temperatures in more stressful performance applications”. STRESSFUL APPLICATIONS! Now that’s what we are talking about.

To handle those stressful applications better, the car has a track-tuned suspension with new sway bars and stiffer springs. More sporty features await customers who have the dough and the need for them. They can have a fully adjustable suspension. That allows drivers to “easily increase stiffness for a day at the track and revert to a more streetable setting with simple adjustments,” says Saleen. Then there are the retuned stability control system, performance brakes and more sporting tires.

On the outside, the FourSixteen has an aerodynamic body kit with a new front fascia, restyled side skirts, and a new rear bumper with a carbon fiber diffuser. The front of the car is aggressive, with a V-shaped hood, while a trunk-mounted spoiler and 21-inch forged aluminum wheels add to the mean looks. The cabin has class with perforated leather or Alcantara sport seats, besides a leather-wrapped dashboard with contrast stitching.

The Saleen FourSixteen isn’t a cheap toy either. It starts at $152,000—  including the cost of the base car—and is eligible for state and federal incentives from $7,500 to $15,000 depending on which state you are in. 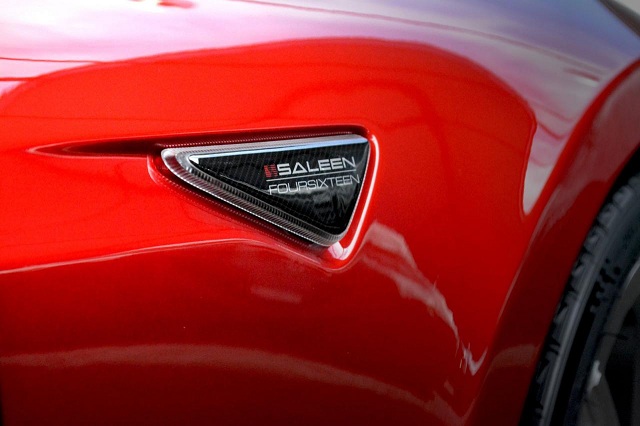 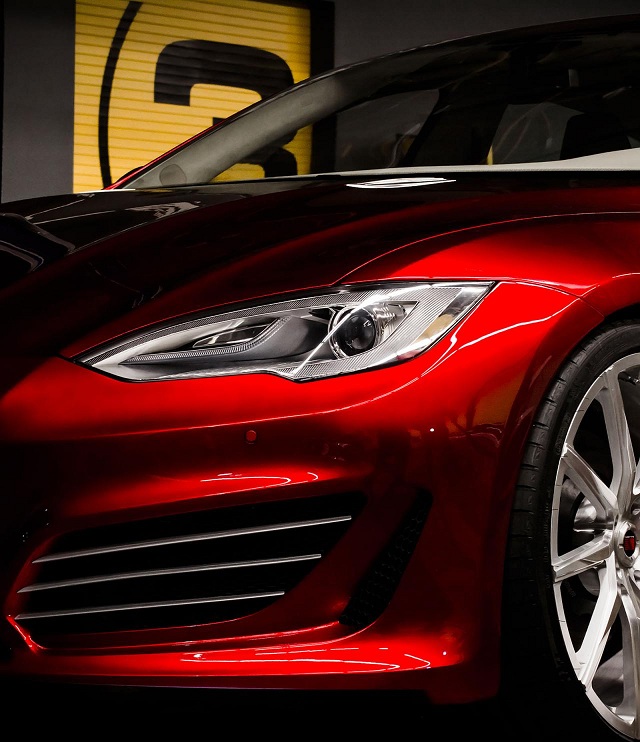 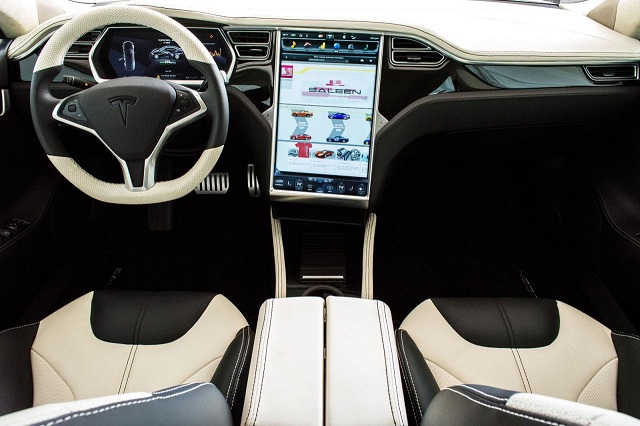 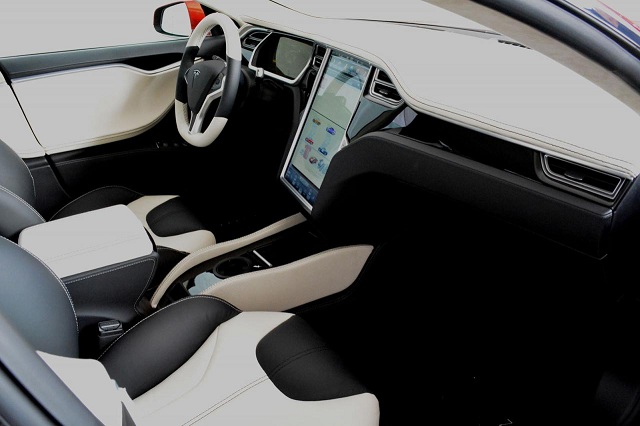 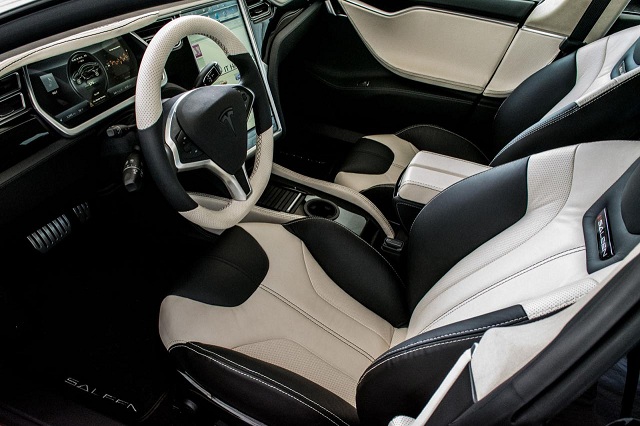 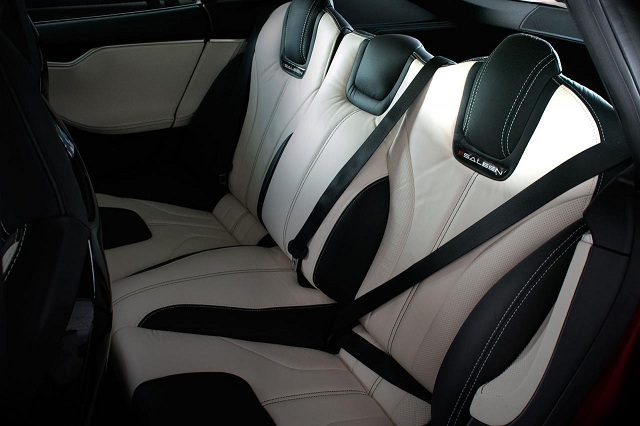 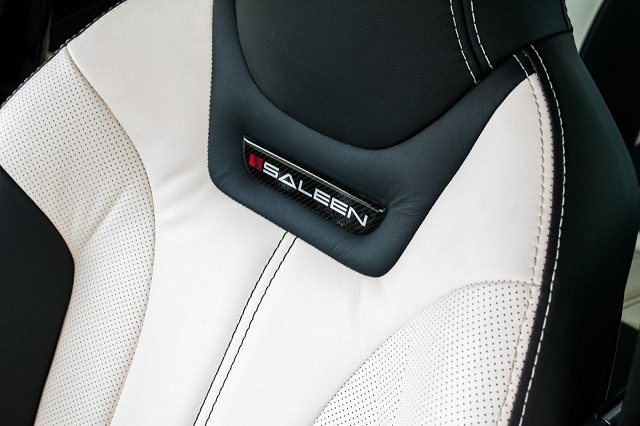