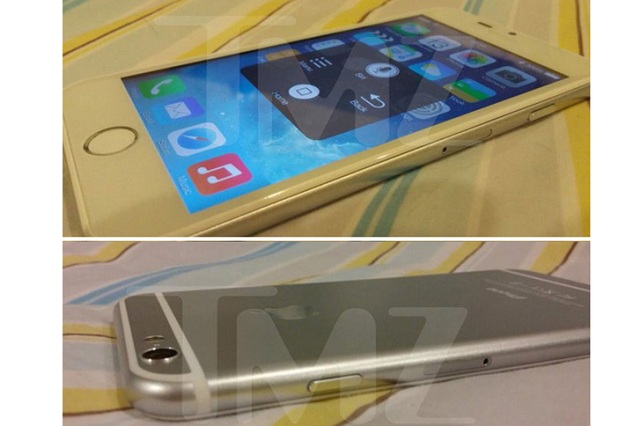 We have already seen a lot of leaked images of the upcoming Apple iPhone 6, which is expected to be shown off to the world alongside the iWatch next month. But what you see above could be the first real photo of the much anticipated device.

Leaked to TMZ by a source from China, the image shows what is said to be the iPhone 6. The device was apparently given to the source by a Foxconn ex-employee.

Looking at the image, we can clearly see the slimmer frame. It’s having a metallic shell, rounded back edges, slightly raised and rounded glass on the front (the rumored technique for applying the iPhone’s sapphire glass screen), rear shooter with raised lens edging, and a centered iSight camera on the front. All these things certainly fit with what we have seen in the past. The device should be running iOS 8.

Are you waiting for the next-gen iPhone? Share your thoughts in the comments below.