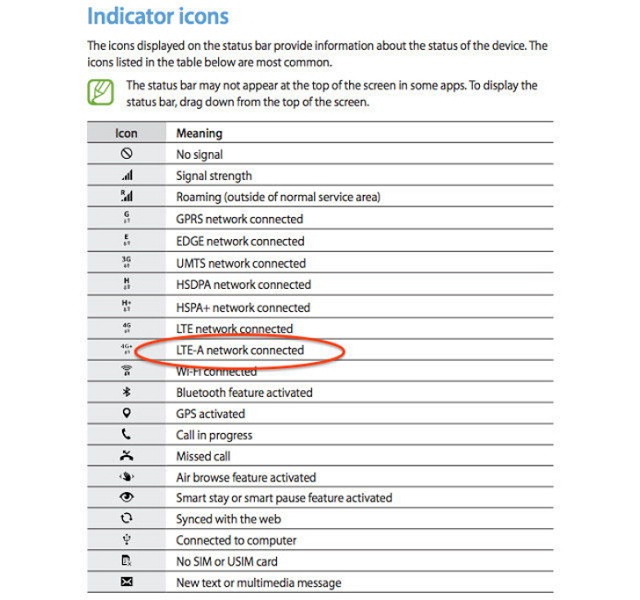 We have heard before about the possibility of Samsung introducing an LTE-A variant of their Galaxy S5 smartphone. It appears like the device could actually be coming sometime in the future. That’s what is being suggested by a leaked user manual for Samsung SM-G901F that is headed to Europe.

As you might already know, Samsung earlier made their Galaxy Alpha metal framed smartphone official. That device comes with cat 6 4G LTE (download speeds of up to 300Mbps). The upcoming S5 would also allow you to enjoy such speeds, and it should be coming equipped with a Qualcomm Snapdragon 805 SoC and not the Snapdragon 801 under the hood of the Galaxy S5.

So when is the device coming, you wonder? There is a chance that Samsung might announce the handset on the 3rd of September at its Unpacked 2014 event at IFA in Berlin, where we should be able to take a peek at the Galaxy Note 4 and maybe the Gear Solo smartwatch also.

Who all want to play with the new refreshed S5? Share your thoughts below.