After many rumors and leaks, Samsung has introduced their Galaxy Alpha smartphone, a metal framed Android device which will remind you of the Apple iPhone.

The Samsung Galaxy Alpha is thinner than the S5, measuring in at just 6.7 millimeters, but it’s specs won’t impress too many people. The device features a 720p display (no full HD here folks), an octa core chip (no Snapdragon 801), and a 1,860mAh battery. As you might know, the Galaxy S5 comes equipped with a 2800mAh one. 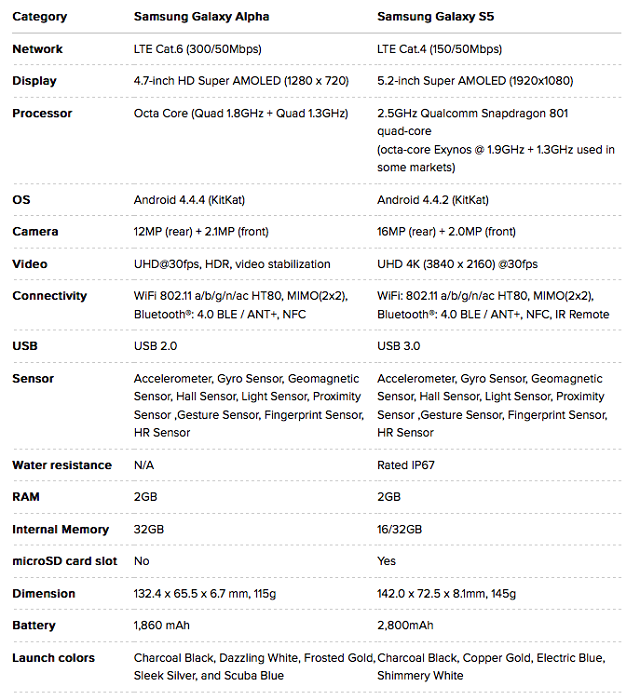 The Galaxy Alpha, which is coming in black, white, gold, silver and blue, will be available in September, according to Samsung, for an unannounced price. In the UK, Carphone Warehouse will stock the handset. The blue color model will be exclusive to the retailer. Carriers EE and Three will also launch the device.